Only the Rich and Pretty Were Educated Before 1979

When Rand Paul recently called for abolishing the Department of Education as part of a potential budget plan, the CPAC crowd went wild. So did the detractors.

Why do some pundits want to insist that eliminating money at the federal level means depriving kids of an education? Are they really telling us that prior to 1979 and the federal Department of Education, only the privileged were being educated?

In fact, the United States had a robust educational system for nearly 85% of its history, even before a federal agency was introduced. As Tom Woods has brought up before, it’s rather funny that the Department of Education is such a “sacred cow” now, when at the time it was proposed, the New York Times, the Washington Post, and even the president of the American Federation of Teachers came out against it because of the crippling effects it was expected to have on local decisions. They viewed it, understandably, as a new bureaucratic power grab.

Maybe there is a correlation (even a causation effect) between something like free lunches and lowered dropout rates. That’s a big one you’ll always hear about. But even if that were true, who would argue that (theoretically speaking) local communities and individual states couldn’t decide to provide free lunch programs via taxation? What about local charities, or churches? Only a federal education department can do that?

I’ve decided to give away a free gift card for The Teacher Store to the first person who can find a single word about education listed under the powers of Congress. Can you find it?

To borrow money on the credit of the United States;

To regulate commerce with foreign nations, and among the several states, and with the Indian tribes;

To establish a uniform rule of naturalization, and uniform laws on the subject of bankruptcies throughout the United States;

To coin money, regulate the value thereof, and of foreign coin, and fix the standard of weights and measures;

To provide for the punishment of counterfeiting the securities and current coin of the United States;

To promote the progress of science and useful arts, by securing for limited times to authors and inventors the exclusive right to their respective writings and discoveries;

To constitute tribunals inferior to the Supreme Court;

To define and punish piracies and felonies committed on the high seas, and offenses against the law of nations;

To declare war, grant letters of marque and reprisal, and make rules concerning captures on land and water;

To raise and support armies, but no appropriation of money to that use shall be for a longer term than two years;

To provide and maintain a navy;

To make rules for the government and regulation of the land and naval forces;

To provide for calling forth the militia to execute the laws of the union, suppress insurrections and repel invasions;

To provide for organizing, arming, and disciplining, the militia, and for governing such part of them as may be employed in the service of the United States, reserving to the states respectively, the appointment of the officers, and the authority of training the militia according to the discipline prescribed by Congress;

To exercise exclusive legislation in all cases whatsoever, over such District (not exceeding ten miles square) as may, by cession of particular states, and the acceptance of Congress, become the seat of the government of the United States, and to exercise like authority over all places purchased by the consent of the legislature of the state in which the same shall be, for the erection of forts, magazines, arsenals, dockyards, and other needful buildings;–And

To make all laws which shall be necessary and proper for carrying into execution the foregoing powers, and all other powers vested by this Constitution in the government of the United States, or in any department or officer thereof. 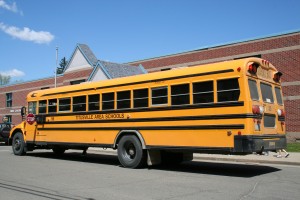