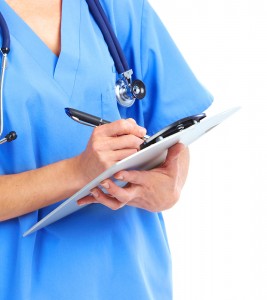 For the sake of clarity, I think it’s worth looking at an example of a libertarian-type argument in favor of free market health care. Here’s one argument I’ve put together, broken down as two propositions and a conclusion:

The strength of this kind of argument is that it places the burden on detractors, who themselves need to demonstrate why either of these premises is false. If more politicians and pundits actually argued this way on television, we might have some smarter citizens!

In order to refute this, someone has to cite a time/place in the world where companies have actually colluded together in order to keep prices high, rather than lowering their prices and increasing production so they can compete with others in the marketplace. The problem is, it’s never been demonstrated to have actually happened outside of governments making it happen – it’s a total myth. Even if it were to occur, we only need to ask how long it would last before consumers would complain and boycott the business until it changed its ways. On the contrary, I remember a little something about even the so-called “robber barons” and “dog-eat-dog monopolists” like Carnegie and Vanderbilt consistently decreasing prices.

It’s clear that getting government out of bed with corporations, and vice-versa, would make a huge difference. Competition would finally have to happen on equitable terms. You want to keep raising prices on everybody? Okay – now watch your business go bust!

In other words, the unstated premise here is that even if health insurance providers collude to keep prices high, consumers in a free market could still find an alternative provider to purchase from. Why would every health insurance provider be so twisted and bent that they wouldn’t try to compete with the prices of a mega-corporation? Why would every single company only inevitably join them?

Sorry, that just won’t happen. And free market health care would be all the better for it.