Message from the Dead 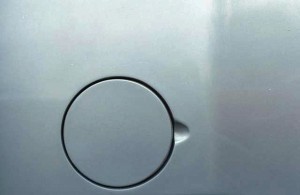 What if Thomas Jefferson and the other founding fathers came back from the dead? What would they say to this generation? Would they approve of the Healthcare Mandate that’s not a tax, but was approved by the Supreme Court because it is – duh – a tax? What would they say about the gun control fever that’s insidiously infecting the nation?

My guess is they’d say:

What the hell have you done to the nation we left you?

Here’s what one actually did say:

I am for doing good to the poor, but I differ in opinion of the means. I think the best way of doing good to the poor, is not making them easy in poverty, but leading or driving them out of it. … the more public provisions [are] made for the poor, the less they [provide] for themselves … (Benjamin Franklin, 1766, On the Price of Corn and Management of the Poor.)

Tough talk, especially when you consider the word drive. Here are a few synonyms for the word: ram, coerce, prod, push, and even force. Can you imagine the field day the media would have if a politician had enough cajones to publicly state that those whose livelihoods consist solely of cashing welfare checks should be coerced into finding work? I barely had enough cajones to write that.

Here’s another quote from ol’ Ben, on the same subject:

Repeal that [welfare] law, and you will soon see a change in their manners. … industry will increase, and with it plenty among the lower people; their circumstances will mend, and more will be done for their happiness by inuring them to provide for themselves, than could be done by dividing all your states among them. (1753, in a letter.)

There’s a cool word in this quote that seems to contrast with his first: happy. Interesting. Synonyms for happy include carefree, satisfied, untroubled, gratified and content. I find myself most drawn to the concept of satisfaction here, especially when I think back to the radiant woman who believed her gas tank would always be full after President Obama was elected the first time. Did that even happen? Let’s imagine that it did.

Let’s say that, by early 2009, the government gave her housing, food, free medical care, a small income, and filled her tank with gas. (Try not to choke because I said the government gave it to her, oh little taxpayer, because if you lecture me about who is giving her anything, you’ll just be preaching to the choir.) Anyway, let’s say that she is getting all of that, fuel included. Meanwhile, John Smith, the infamous white male construction worker, just got home from a trip to St. Kitts – a trip he saved up for – during which he and his wife celebrated their 25th anniversary.

Who’s happy? Doesn’t the joyful woman who never has to pay for her own fuel again deserve a trip to the Caribbean just as much as John Smith? OK, then. Give her a Caribbean vacation too. Keep those voters happy! But, who was more satisfied by the trip? Smith, who enjoyed a romantic vacation thanks to the sweat off his back, or the lady whose fuel tank was filled by that sweat?

Of course, I don’t believe in ignoring the truly needy. But I do, wholeheartedly, believe that the more we “spread the wealth around,” the more we’ll spread dissatisfaction and trouble. And even I don’t have the cajones to list all the synonyms for trouble.