For just one example of the colossal power wielded through the Hoover administration’s newly-created Federal Farm Board in the late twenties, you only need to look at how the government provided incredible amounts of spending to fund the corporate board’s interests.

In December of 1930, Congress voted to give the FFB $150 million so it would be able to purchase wheat from farmers at a board-determined price. On the exact same day of the funding’s enactment, the price of a wheat bushel happened to drop down to its lowest level in 29 years.

Loans would continue to be handed out at rates far below market levels, which eventually would cause enormous losses and the folding of a number of agricultural cooperatives. In 1932, following the Farm Board’s already horrendous outcomes, President Hoover continued to further the administration’s interventionist efforts. While actions had previously been taken to create crop surpluses, the policy would now become one of surplus control, with crops being destroyed and animals being killed off.

Think of how much easier it was to accomplish all this with a federal income tax in place already for 19 years! Happy tax day!

Next time, we’ll start looking at the Agricultural Adjustment Act of 1933 in more detail. The monopoly continues… 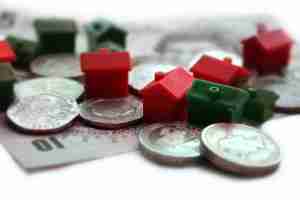