Gay Marriage and the Tie that Binds 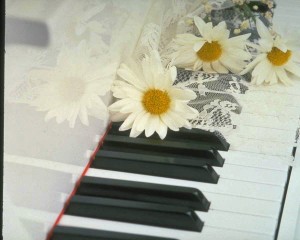 The gay marriage issue that the Supreme Court recently dropped will ride again someday, just as surely as God made little green apples.

I can’t get away from the wrongness of this, for several reasons. First, because I don’t think marriage should ever be addressed on the federal level. But, here on a Libertarian website, I’m sure I’m just preaching to the choir.

That said, what really amazes me is exactly why conservatives were/are so gung-ho to prevent the “legalization” of gay marriage. Keeping in mind that I’m personally a conservative Christian, I don’t have a problem with gay marriages being “recognized” as legal, and I’m going to attempt to logically explain my reasoning.

“Marriage” typically has two aspects: a legal one and a human/spiritual one. Typically, a couple goes to a courthouse, signs some paperwork, and pays a fee for a license. In other words, they are permitted by the government to legally marry because they have documentation.

That little legal piece of paper that sanctions the marriage does not bless it.  The piece of paper grants legal rights regarding retirement benefits, spousal support, etc., but the government that issued it would actually benefit if the duly licensed couple breaks up, because then it would collect even more fees stemming from the divorce proceedings.

Said couple then goes before a J.P., a minister, or another party (also governed by the state, but that’s another subject), before whom the pair exchanges vows, usually before friends and family, but always before some type of human witness.

These vows may not always be the traditional ones of staying together “for better or for worse, for richer or for poorer, in sickness and in health, and till death do us part,” but they’re generally going to express some form of verbal commitment to a lifelong human partnership. Statistically, most vow-takers at least pay God lip service at this time, but the taking of these vows is removed from the legal system, unlike the vows one takes in a courtroom.

Flash forward in the life of one of these marriages to a real-life crisis. Maybe the husband decides he is unhappy earning country club-worthy income and he wants to move to cabin on Walden Pond and catch his own food. Maybe then the unhappy wife develops a drinking problem. Maybe the kids move away and the couple faces each other across an empty breakfast table one morning and decides they have nothing left in common.

If this marriage stays together, what is the reason? Does the husband say to himself, “Oh, I cannot divorce this person for being a drunk because I signed a little piece of paper?” Or, is it because the wife tells herself, “I am not going to divorce this person, even though he had no right to throw away his career after I put him through medical school, because I vowed to stay with him no matter what happened?”

The only hope that a marriage in trouble has of staying together is when the couple is bound together by something that transcends a government-issued document. Since a legal piece of paper doesn’t seem to improve statistics that say casual Christians divorce at the same rate as non-Believers, why should we care whether homosexual partnerships get to pay for and own a little piece of paper too?