Gay Marriage and Abortion: Round Infinity 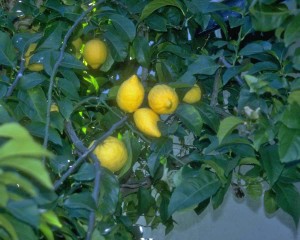 Previously, I’ve publicly stated that I – one of those “Bible-believing Christians” – am not opposed to gay marriages, for which I’ve received much flak from family members. Specifically, my own husband.

Interesting, because we recently celebrated our 25th anniversary, a feat we somehow achieved in spite of the marriage busting crises we’ve faced. At no point did we ever stick together because we possessed a piece of paper – a “license” – that the government awarded us a quarter century ago.

Yes, I can see the point that this nation was truly founded on Judeo/Christian values. So, I’ll reemphasize that Christian marriages do not stay together because of a governmental license.

Now, let’s look at abortion from the same logical standpoint. I’m here in Texas – actually, in the most conservative area within the state – where a raging debate is occurring right now down in our capital over a vote on Texas abortion restrictions.

Proving that I’ll never be a good Libertarian, I’m all for it. Goes directly against my seemingly liberal viewpoint on gay marriage, yes, but please give me a moment to attempt to explain this logically as well.

That said, I’m opposed to abortion for three reasons: First, because I am a Christian; second, because I’m a U.S. citizen; and, third, because the government is supposed to protect its citizens from each other (notice I didn’t say from themselves, but that’s another issue …).

Logically speaking: If you plant a lemon seed and it comes up, you’ll see a baby lemon tree. It’s not capable of producing lemons itself yet. It’s just a couple of leaves. But, if you let it grow, and nothing from the outside disturbs it (such as a hailstorm, or an errant footfall, etc.), eventually, it will mature.

Instead, I’ll just point out that, from a legal standpoint, every abortion terminates the growth/normal lifespan of a U.S. citizen, so we’ll just call that …

Actually, what do you call the ending of life by force if you don’t’ call it murder? I’m curious. Drop me a line and let me know.

Just make sure you back your case with some cold, hard logic.