Why I Am A Minarchist 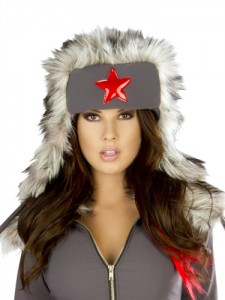 War, specifically territorial defense, is one of the big reasons why I am properly classified as a Minarchist, rather than as an Anarchist.

I would dearly love to be a true-Black/Yellow Anarchist, you cannot hope to know how much, but a collective defense does not appear to be an option for an otherwise Laissez-Faire state.  It does not seem to be much of an option for an state, really.

So, allow me to back up a bit.  Of course, I prefer a Laissez-Faire world over the statist variety.  I love it so much, it is hard to see why anybody else would not.  hen reality creeps into the picture and all of those people who do not want a Laissez-Faire world are having a party in my head, on my radio, on my television, and stream through my Internet connection.

So what is the Anarchist in me to do?  I cannot possible possess enough shotgun shells for the wife and I to shoot every looter who wishes to do harm to property or person, especially when there is a whole nuclear armed movement to place every stick of private property into the hands of the bureaucracy well within firing distance of our home.

A voluntary military, like a volunteer fire department, seems to be just the organization for this problem.  Yea, sure I keep hearing about private military solutions, and some of them were quite effective, like Executive Outcomes.  When the day comes that the collectivists learn to keep their mitts to themselves, then this might be an option.

However, that day has not seen light since the dawn of man.  There is always someone, of any age or education, out there who cannot figure out the concept of “leave it alone, it’s not yours.”

Are there other solutions?  Maybe, but the ones pointed out to me don’t hold up to the facts very well.  Switzerland is one, and I love the idea of being “allowed” to keep a fully automatic weapon in my house, or slung over my shoulder for that matter.  But all of that in the Swiss model is under state direction and authority.

I’ve heard for years that the first German U-Boat sunk by the US in WWII was by two guys in the Civil Air Patrol, using their own airplane and their home-built torpedo.  Sounds great!  Except for the Civil Air Patrol part.  That action also appears to be something FDR put a stop to right away.

What about the Battle of Athens, TN?  That’s more like it and something that should have been repeated, unlike the Cuban revolution.  Two, three, many Athens I say!  The whole problem with Athens was rooted in corrupt government (is there any other kind?) to begin with.  Did the revolutionaries in Athens dismantle government?  No, they just replaced the overseers.  They were replaced at the time for the good, to be sure, but I am not so sure that it took.

Back to WWII, the War Between the Collectivists, the primary reason that the Germans were creeping along our coast was because of trade.  We didn’t want to be Germany’s best friend, much to the disappointment of Joe Kennedy, so they had a little fit and started sinking our trade ships heading for England.  However, much of that “trade” was by the US government to the UK government, with not a hint of a free market involved.

Do I think it is possible to achieve an Anarchist world?  No, not a bit.  However, in the little part of it that I have a say in, we can move that way without even trying.  All we have to do is stop doing things to each other.  Maybe I should have used a quote from my Political Science 101 instructor and myself.  She asked me in response to an answer on a test, in 1988: “Do you think that government is something that is done to you?”

*This quote is frequently misattributed to Leon Trotsky, which is fine, it is still a good quote anyway.

Steve is a graduate of the University of Tennessee, Finance.  He is a 30 year veteran Aviation Officer of the Army National Guard and Army Reserve, and former Defense Contractor in Resource Management.  He has always had a libertarian streak, no matter which major Party flag he flew. Today he is a Minarchist leaning to Anarcho-Capitalism. He and his wife reside in a secret, undisclosed, subterranean lair with the clan motto of “Leave us alone and nobody gets hurt.” The Anarchist’s Soufflé  Book is Steve’s current work in progress, along with Time Bomber: The Forgotten Yippie, coming soon any year now.  Steve has been published by the Reason Foundation, and the Foundation for Economic Education.  Follow Steve @AustrianAnarchy and view his Austrian Anarchy blog.