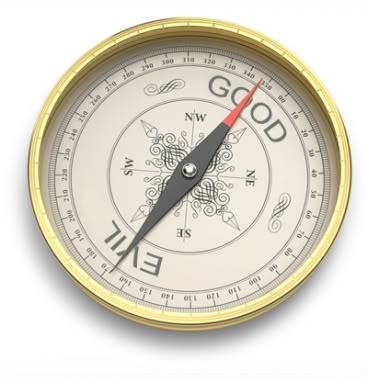 Why does it have to be all or nothing? When you hook up with any major religion, they usually have a big list of do’s and don’ts right? Like, for example, let’s take a look my rough translation of the Ten Commandments. Now, now, I’m not being overly Christian here, fact is most religions and philosophies have a top ten “this is how to behave list”. In philosophy we call it Ethics, or ‘moral philosophy’, which is concerned with questions of how persons ought to act or if such questions are answerable. Course you knew that:

Of course they stop here, since after this they start talking about drilling holes in ears using augurs, slaves and fence posts, so I guess someone figured out that maybe just a top ten would suffice.

First of all, those first 4 won’t work for me. I don’t think anyone else should be telling me what to do right? Five is OK, but only if your parents raised you to be an independent thinking person, which you probably are since you bought this book. Six also seems reasonable, I mean unless someone wants to kill you first. Seven is really a breach of contract, so also reasonable. Eight seems OK too, since like 6, I don’t want anyone killing me either. Nine is pretty good as well, since again, I’d prefer people wouldn’t lie about me. And 10 is a bit of a crock, I mean, if I didn’t envy what other people have, where’s my ambition to strive for more? Gone!

Why not? Who says we have to follow all this stuff in lockstep? As thinking, rational human beings, the only thing we have that separates us from the animals is our capacity to think. To REASON.