The unspoken success of ObamaCare 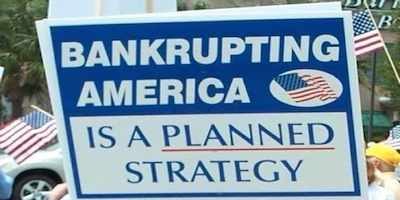 Somewhat agree – although IMHO success for Obama would be the implementation of a full-on Canadian style health care system in the US, where all doctors work for the state. The ObamaCare screwups are purpose-built in order to eventually usher in a new, better (in their minds) system. Think of this this way: the more Obama wrecks the current health care system, the easier it will be to bring in a new one – their preferred end state.

Despite what you are being told, the Affordable Health Care Act ACA, commonly known as ObamaCare, is already proving to be a resounding success. The problem, however, is that the majority of Americans don’t fully understand the objectives of this plan, or the roles of its architects and its defenders. Even the vast majority of conservative pundits in all venues don’t seem to ‘get it’ and consequently, are leading their readers and listeners astray by focusing on the wrong issues. First, it is vital to understand that the ACA is not now, nor never was, about providing affordable health care. It is merely disguised as such. Rather, it is the vehicle that is being covertly used to conduct the most massive transfer of power to the Executive Branch of government that this nation has ever experienced. It is being done methodically and for a specific purpose. It is the vehicle that will ultimately disassemble and destroy significant parts of the United States Constitution and further enslave United States citizens.

via The unspoken success of ObamaCare.