Chris Christie’s Not Getting My Vote… 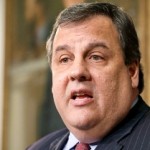 …neither is any other Republican. The antics of the GOP over the last little while have finally drove me out of my bunker – I have to say something.

Why the hell would any freedom loving individual vote for these losers! Even Rand Paul, who now says that Edward Snowden, one of the greatest freedom fighters of our time, should do some time, has lost my vote.

What is wrong with these people!? They just seem to be drifting further and further away from any kind of opposition to big government and big business – corporatism is the name of the game and everyone else gets screwed. I have lost what little faith I had in either if these two political parties.

The truth is that neither of these parties give a damn about us – all they care about is reducing our freedoms and stealing our money.