Actually, There Is No Legal Precedent for Biden’s Federal Vaccine Order 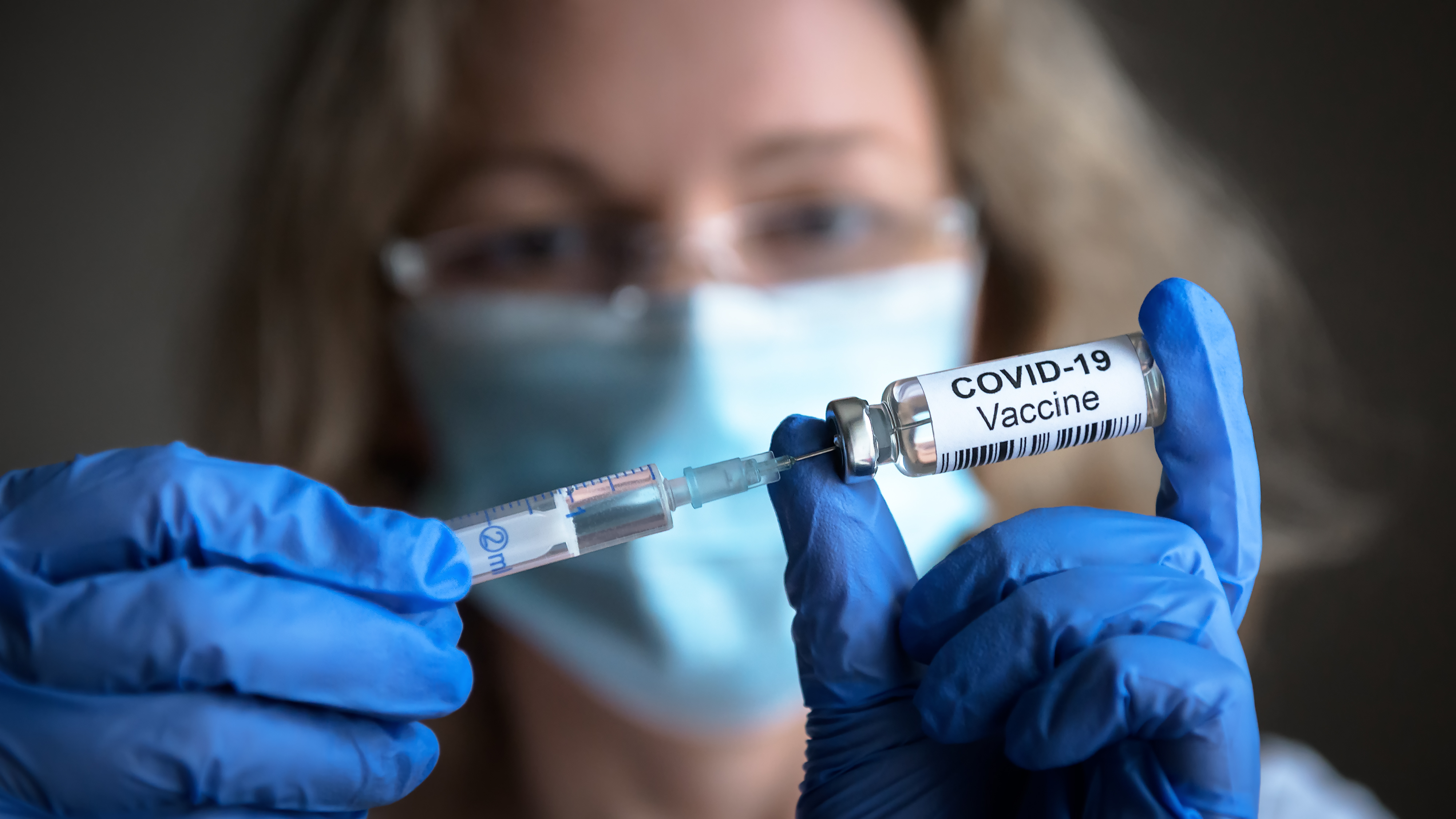 For the last week or so, every morning I’d see the same message when I’d go onto Twitter to see what people were talking about.

As some observed, saying something is “supported by legal precedents” is not the same thing as saying it is constitutional. Much less is it equivalent to the act being moral and just. But what was really odd was that Twitter featured this message six or seven straight days in a row. Even more strange was the fact that whenever I’d click on the link, I’d fail to see anything that resembled a legal precedent for the president’s recent order.

There may be a simple reason for that.

As many know, in September President Joe Biden announced the federal government would impose fines on companies with more than 100 employees that do not require workers to get vaccinated for COVID-19 (or get tested weekly)—even though Biden had previously said he would not make vaccinations mandatory.

Fewer may know that House Speaker Nancy Pelosi on Saturday “quietly tucked an enforcement mechanism into their $3.5 trillion ‘reconciliation’ bill,” which would impose fines of up to $700,000 on companies that do not comply with the new order.

Big find by @open_the_books in Biden's reconciliation bill: a 10x *increase* in OSHA fines, &recently quot;as high as $70,000 for serious infractions, and $700,000 for willful or repeated violations—almost three-quarters of a million dollars for each fine."https://t.co/5llsL9EnVc pic.twitter.com/1QBkyxiq4Y

If you go onto the internet, you’ll find no shortage of articles discussing the legality of Biden’s forthcoming action. Many contend the order is clearly constitutional while others decry it as an obvious violation of the Constitution.

The New York Times probably gets it right when it says that Biden is testing “the limits of presidential power.” But guessing which way the Supreme Court will fall has always been a tricky business—particularly since 1942, when an infamous SCOTUS case blew a hole in the Constitution, giving the federal government nearly unlimited power.

So I make no predictions as to how the high court will rule. However, the question of legal precedents deserves attention.

There’s no question that vaccine mandates have been implemented in the United States for centuries.

The first vaccine mandate passed in the US came in 1809, when Massachusetts passed legislation that gave municipal boards the power to require smallpox inoculations for people over 21.

“Throughout the 19th century, individual employers would sometimes insist on proof of smallpox vaccination or infection before hiring someone who might work in their shop or home,” Elena Conis, a historian of medicine at the University of California, Berkeley, recently told National Geographic.

This, of course, was many years before “vax passes,” so evidence of vaccination usually was a scar on the limb where the vaccine had been administered (usually the arm or leg).

Massachusetts’s law eventually found its way to the Supreme Court, where it was upheld. The high court ruled in similar fashion in 1922 in Zucht vs. King, upholding a Texas law that required children to be vaccinated to attend public school. Today, all 50 states have vaccine requirements in one form or another to attend public school.

The story does not end there, however.

Many people want you to believe there is a legal precedent for Biden's nationwide vax mandate order.

In truth, there is no legal precedent for a federal order like this.

Some may see public school vaccine mandates as proof that there is a clear and conclusive legal foundation for Biden’s order, but there’s an obvious problem with such logic.

The historical precedents involve state laws. Biden’s order involves a federal law—the Occupational Safety and Health Act of 1970, which allows OSHA to enact rules that are “reasonably necessary or appropriate to provide safe or healthful employment and places of employment.”

That difference matters, says Lawrence Gostin, a Fulbright scholar and chair of global health law at Georgetown University who runs the WHO’s Collaborating Center on National and Global Health Law.

In a recent interview with NPR, Gostin said he expects the courts to uphold mandates passed by private businesses, as well as those passed by cities and states. However, Gostin told NPR that laws passed at the federal level are another matter.

“I should say that it's a misconception that President Biden has the power to have a nationwide vaccine mandate,” Gostin said in August. “Traditionally, vaccine mandates have been imposed by cities and states.”

“States and cities [had] the power to regulate public health even before the Constitution was ratified. And the federal government has no power to reach into a state and require all the citizens of that state or the entire country to be vaccinated.”

Gostin could have been thinking of James Madison, the father or the Constitution, when he noted the federal government simply has no power to mandate vaccinations.

“The powers delegated by the proposed Constitution to the federal government are few and defined,” Madison wrote in The Federalist Papers. “Those which are to remain in the State governments are numerous and indefinite. The former will be exercised principally on external objects, as war, peace, negotiation, and foreign commerce; with which last the power of taxation will, for the most part, be connected.”

There is nothing “external” about vaccination mandates, which means the Father of the Constitution would have seen them as outside the purview of the federal government. A lot has changed since then, of course. The federal government focuses on all kinds of affairs that are not external.

But the lack of a clear precedent in regards to a federal vaccine law is what prompted Gostin to predict the Biden administration would implement a state-based approach and have the CDC recommend vaccination as a prerequisite for public school attendance.

“I absolutely predict that in a year or two, CDC will recommend COVID-19 vaccines as part of the required vaccination of children as a condition of going to school,” Gostin told NPR. “And most states, but not all, will comply with that.”

The Biden administration opted to go a different route.

I shared Gostin’s comments with several legal scholars and asked if there was legal precedent for the federal government to implement a nationwide vaccine order. Not one answered yes.

“The federal government clearly has the authority to impose a vaccine mandate on its own employees — and on federal contractors,” David Hyman, the Scott K. Ginsburg Professor of Health Law & Policy at Georgetown University, told me in an email. “It can’t force the states to impose a mandate — and it has limited authority over individuals within those states except to the extent they participate in interstate commerce.”

There’s little doubt Biden’s order will eventually arrive before the high court. Perhaps the Justices will determine OSHA has the regulatory authority to actually force companies to require workers to be vaccinated (though I have serious doubts). But to say there’s a federal legal precedent for the order is untrue. And regardless of how the Supreme Court rules, vaccine mandates are morally wrong and unjust because they violate individual rights—the only rights the federal government was charged with protecting.

The American Tradition of Individual Rights

When the Founding Fathers established America, they set out to create a government based on the classical liberal tradition. This tradition, pioneered by John Locke, held that each person has equal and inalienable rights to their life, liberty, and property. These rights were not granted by the Constitution in the classical liberal view. Rather, they were seen as pre-existing, natural rights that were simply recognized by the Constitution.

The purpose of government, then, was merely to protect these individual rights. The “enumerated powers” of the federal government were to be used only for the end of protecting these rights. States, likewise, were expected to respect and uphold the rights of their citizens. The powers “reserved to the States” were understood to be only those powers that were deemed necessary for this end.

Clearly, Biden’s vaccine mandates extend far beyond the scope of government which the founders envisioned, to the point of violating the very liberty that the government was supposed to safeguard.

As such, these mandates ought to be regarded as not only immoral, but un-American.