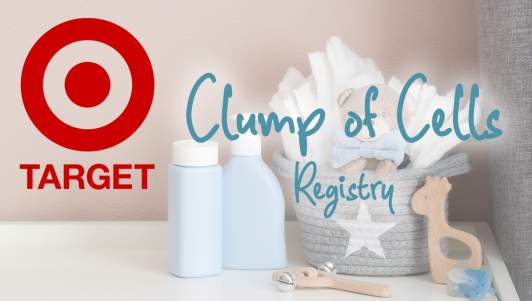 MINNEAPOLIS, MN—A spokesperson for Target Corporation announced that the retailer will be discontinuing their popular baby registry service and replacing it with a new “clump of cells” registry.

“Bringing a clump of cells through the birthing canal is an expensive and stressful process, and Target is here to help,” the press release reads. “Let us be the one-stop-shop for everything your little growing cellular tumor-parasite needs!”

“We have everything a potential clump-guardian could possibly need, from human milk feeding supplies to formula, diapers, strollers, and car seats,” the release continues.  “And of course, you’ll find plenty of genderless, cruelty-free, soy-based toys and clothes in our newly remodeled Unborn Clump of Cells department.”

A company spokeswoman said the rebranding is necessary to keep up with the times. “We made this change after extensive discussions with child development experts, non-gendered birthing persons, and abortion lobbyists,” they noted. “We believe this name change is important because a baby isn’t really a person until it’s been born, educated in a public school, and had a chance to declare its own gender.”

Progressive activists praised the decision, calling it a major leap forward for birthing-persons' rights. “As a chest-feeding, indigenous LGBT parental unit of color, I applaud Target for their stance on this issue,” said progressive activist Sojourner McWallen. “If I believed in money, capitalism, or the private ownership of goods, I might even shop there!”