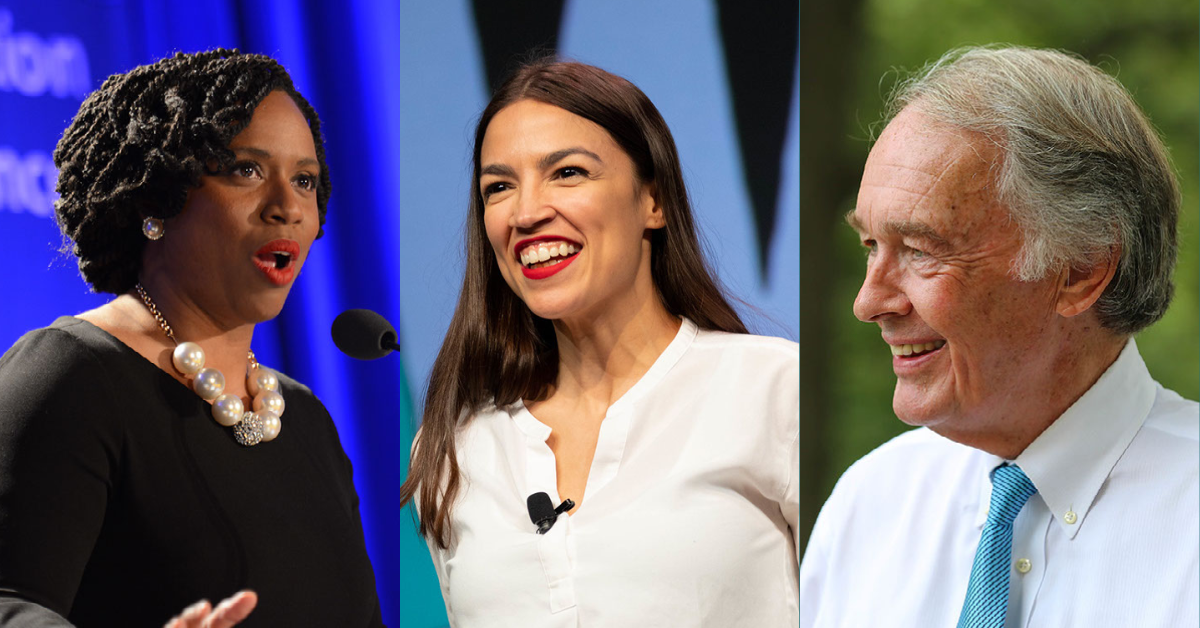 When the Supreme Court struck down the Centers for Disease Control and Prevention’s unconstitutional “eviction moratorium,” critics predicted absolute disaster. They claimed that an end to the federal agency’s order—which prevented landlords from evicting most non-paying tenants—would lead to millions of people being thrown out into the street.

Some of the rhetoric from progressive politicians was downright hysterical.

Congresswoman Ayanna Pressley, who protested on the Capitol steps, warned there would be an “eviction tsunami” and a “national tent city.” Meanwhile, Senator Ed Markey said that we were going to see a “historic and devastating wave of evictions in every corner of our country.” Rep. Alexandria Ocasio-Cortez, for her part, said that the moratorium was necessary to stop a “secondary pandemic” of evictions, and claimed that as of August, up to “one in every six renters in the United States [was] facing eviction.”

Families are running out of options to stay safely housed. We can’t stop fighting for them.#EvictionCrisis #EvictionMoratorium pic.twitter.com/y02mUS76JG

Yet, thankfully, these disastrous outcomes haven’t come to pass. In fact, the rate of evictions has hardly changed at all, new reporting reveals.

“When the Supreme Court decided to strike down a federal ban on evictions in August, lawmakers and housing experts mentioned a slew of devastating metaphors—cliff, tsunami, tidal wave—to describe the national eviction crisis they saw coming,” the Washington Post reports. “One month later, however, many of those same authorities find themselves wondering: Where is the cliff?”

There were a lot of extremely loud claims when the Supreme Court overturned the eviction moratorium that we would see a tsunami of evictions across the country, a massive crisis. That doesn't seem to have happened, and it's not really clear why.https://t.co/V5I9g789lm

“In major metropolitan areas, the number of eviction filings has dropped or remained flat since the Supreme Court struck down the Centers for Disease Control and Prevention moratorium on Aug. 26, according to experts and data collected by the Eviction Lab at Princeton University,” the Post continues. “In cities around the country, including Cleveland, Memphis, Charleston and Indianapolis, eviction filings are well below their pre-pandemic levels.”

That’s right: The “tsunami” of evictions never materialized. The surf didn’t even get choppier.

The eviction moratorium was always a heavy-handed solution in search of a problem. There are more open jobs than unemployed Americans, and those who struggled during the pandemic were able to receive enormous welfare payouts. Most people were able to pay their rents, and in non-paying situations, landlords are often flexible. But the CDC’s moratorium commandeered the market, bankrupted working-class landlords, and overruled Americans’ most basic property rights.

It was leading many landlords to leave their properties sitting empty rather than take on the risk of accepting tenants who couldn’t be forced to pay. (They still run up utility costs!) Many other landlords were selling off their properties entirely.

As Reuters reported, “About 23% of small landlords, owning between one and three single-family homes, planned to sell at least one property due to difficulties caused by the eviction ban.”

The enormous constraint the moratorium placed on rental supply housing undoubtedly contributed to rising rent prices. According to Zillow’s 2021 Housing Trends Report, about 46% of renters saw a rent increase last year, with the typical increase amounting to about $150.

Simply put, the eviction moratorium was creating countless real problems while responding to only imaginary ones. With the Supreme Court’s belated ruling striking down the CDC’s unlawful and unnecessary order, the rental market has finally been able to return to normal functioning. And despite progressive predictions, the market’s return hasn’t led to disaster at all—suggesting that the federal government’s meddling was the real problem all along.

WATCH: Why the CDC's Eviction Moratorium is INSANE (and Illegal!)