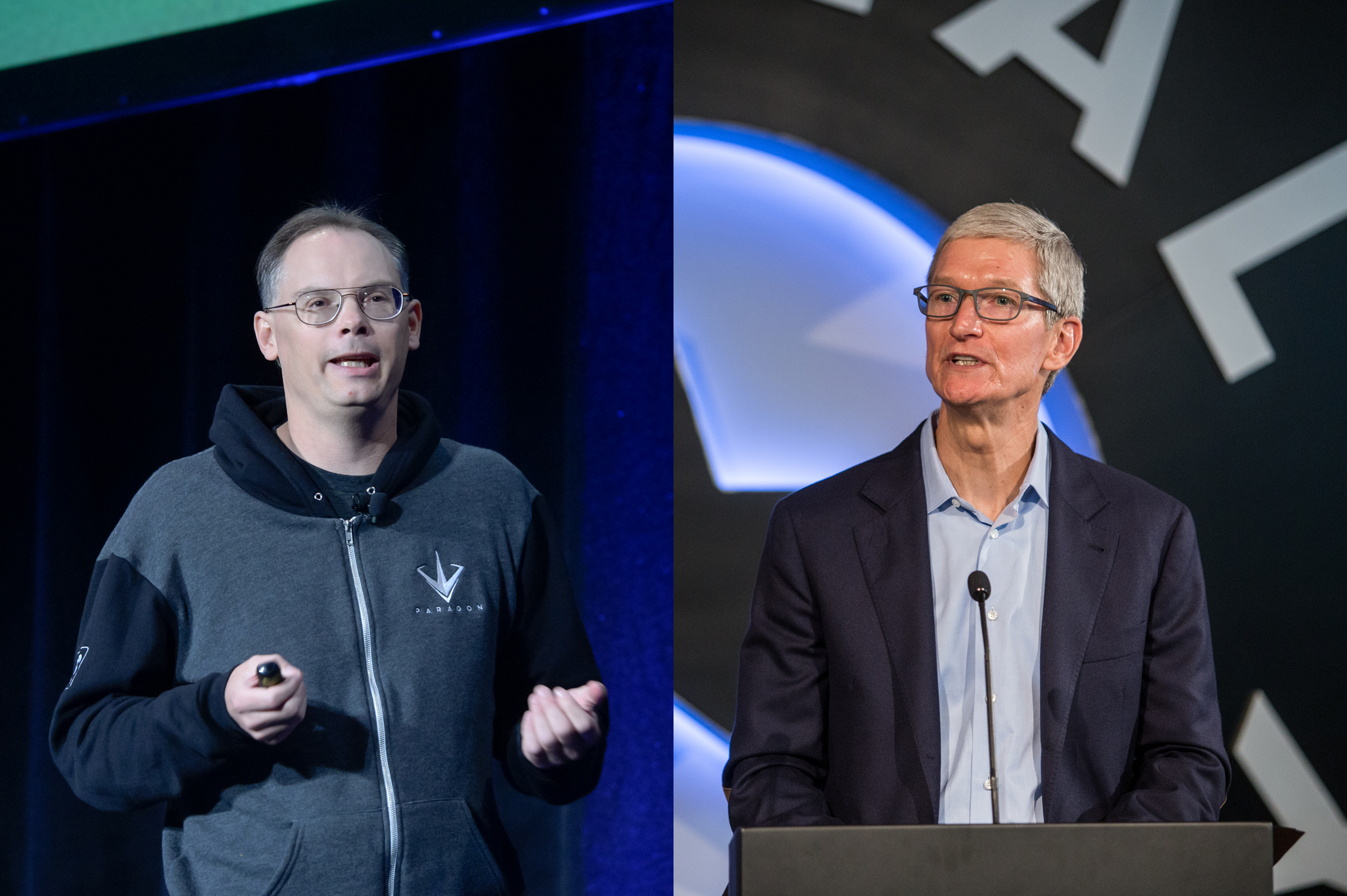 While Elon Musk and Jeff Bezos are working on colonizing space, other tech billionaires are developing something that might radically change our lives on a very different scale. I’m talking about the Metaverse.

“The Metaverse is a vision that spans many companies — the whole industry. You can think about it as the successor to the mobile internet,” Facebook CEO Mark Zuckerberg said in a July interview. “I think that this is a persistent, synchronous environment where we can be together, which I think is probably going to resemble some kind of a hybrid between the social platforms that we see today, but an environment where you’re embodied in it.”

The vision of Zuckerberg and many other tech luminaries—including those at Google, Apple, and Microsoft—is for us to eventually spend most of our waking hours in this parallel world. It is envisioned to become the primary workspace for countless industries, the platform of a new norm of virtual social life, and a seamlessly integrated playground of gamers, performers and other media creators and consumers in virtual or augmented reality by the end of this decade.

But conflicting notions of how this theoretical multi-corporate virtual realm should be governed are already dividing technologists at the forefront of the movement. Epic Games founder Tim Sweeney has begun building a mini-metaverse for the 350 million monthly users of his most popular creation, “Fortnite.” But his egalitarian vision for the payment options of independent content creators within the virtual economy has inspired him to wage legal battle against Apple and Google over the compensation they demand for use of their platforms.

The Nature of the Metaverse

The name “Metaverse,” first introduced in Neal Stephenson's 1992 novel Snow Crash, describes a common element in science fiction. Ready Player One, the 2018 Steven Spielberg film based on the 2011 #1 New York Times bestselling novel of the same name by Ernest Cline, depicts a future in which the “real” world has become passé because everyone has become so focused on their virtual lives in a Metaverse-like realm called the “Oasis.” But turning these sci-fi premises into realities will likely be easier than it sounds.

“So for our part, for example, we’re building out the Quest headsets for VR, we’re working on AR headsets,” Zuckerberg said. “And my hope, if we do this well, I think over the next five years or so, in this next chapter of our company, I think we will effectively transition from people seeing us as primarily being a social media company to being a Metaverse company.“

Sweeney is even more optimistic than Zuckerberg about the state of the technology. “And it wasn’t immediately obvious, because the fiction about the Metaverse had some crazy plot elements and some crazy technology and you’re sometimes strapping some cable into your brain or using some pervasive VR gear that covered the entire body, but I think what we realized is we don’t need this crazy technology to do this. We have everything we need right now,” he told the journalist Dean Takahashi in a January interview.

The possibilities of the Metaverse would be practically limitless. “In the future, instead of just doing this over a phone call, you’ll be able to sit as a hologram on my couch, or I’ll be able to sit as a hologram on your couch, and it’ll actually feel like we’re in the same place, even if we’re in different states or hundreds of miles apart,” Zuckerberg told Casey Newton. “And you feel present with other people as if you were in other places, having different experiences that you couldn’t necessarily do on a 2D app or webpage, like dancing, for example, or different types of fitness.”

Sweeney wants the Metaverse to be built in large part by independent creators, and he worries that the dominance of companies like Apple and Google in the virtual content space will keep out competition with the commission fees they charge for use of their platforms.

Apple has long allowed apps on its App Store to process payments from users, but only for a fee through Apple’s payment processing system. So when Epic started bypassing Apple’s 30 percent commission fee by accepting payments through another system, Apple kicked their Fortnite app off the App Store. Epic sued Apple in response, alleging that its control over its mobile operating system was being used anti-competitively.

Sweeney, whose company has a lawsuit in the works against Google that resembles its recent suit against Apple, seems to have a lot more in mind than his bottom line. For Sweeney, these legal battles are about the Metaverse, and setting it up to be governed according to his egalitarian principles.

“Most of the industry goes wrong when companies focus just on their interests,” Sweeney told Takahashi. “Even though Apple and Google are taking a sweet sweet tax by taking our money, which they had no role in earning, other than the services that they forced us to use against our wishes, they’re also stymied by each other.”

According to Sweeney, “[The Metaverse] needs to be open for a lot of reasons. One is to ensure that it’s controlled not by any one corporation pursuing its interests, but by everybody.”

“In this world, gamers and creatives are really at the core. I think we have to recognize that platforms and stores and engines and all of the services supporting them are secondary,” Sweeney proclaimed in his DICE 2020 lecture. “We have to recognize that undue power has accrued to many of the participants who are not at the core of the industry but are suppliers and have used their positions and control of the platform, or a social outlet, or other things, to gain an undue and unfair share of revenues.”

The Force of a Superior Product

But did Apple and Google really have “no role in earning” the money they’ve made through the services that Sweeney claims they’ve “forced” him to use against his wishes?

Not according to Judge Yvonne Gonzalez Rogers. “Your formulation seems to ignore the reality that customers choose an ecosystem,” Gonzalez Rogers told Epic during the recent court hearings. “It is Apple’s business strategy to create a particular kind of ecosystem that is incredibly attractive to its purchasers, its consumers,” she continued. Thus, forceful prevention of voluntary transactions between Apple and its customers would “destroy the ecosystem into which they have made a choice to enter,” the Judge explained.

And indeed, Apple in no way “forced” Sweeney or anyone else to use their services. They offered his company and others an opportunity to voluntarily use the platform they built, provided certain conditions were agreed upon ahead of time. If Sweeney didn’t consider Apple’s offer a good deal, he was under no obligation to take it. So, the money Apple has made that Sweeney claims they had “no role in earning” must have been earned after all, or else the many developers Apple partnered with to earn that money would not have agreed to the terms of the agreement.

In an article about Epic’s suit against Apple, the Washington Post reports that, “Epic argues that the distribution of software on iPhones is a market unto itself and that Apple is a monopolist of that market. Epic says that once consumers have bought an iPhone, they become locked in to that market and Apple no longer competes for their business.”

But in reality, iPhone users can, and often do, switch to the products of competing phone companies any time they want. So if they appear to be “locked in,” it is simply because they have chosen to stick with the product they prefer. Epic’s claim that the iPhone has created an entire market unto itself undermines Sweeney’s argument that Apple’s cut of the profits is entirely unearned. If the market Sweeney feels so entitled to was created by the iPhone, then perhaps his company should be thanking Apple rather than suing them.

When government regulation prohibits Apple, Google, or anyone else from making voluntary agreements with willing customers, there are a number of bad consequences.

For one, the regulation has prevented a transaction that was deemed worthwhile by both sides of the potential agreement. Thus, all directly involved parties have been robbed of the freedom to evaluate opportunities for themselves.

In addition, things like the App Store may seem self-maintaining to outside observers, but in reality they require enormous maintenance costs, such as hosting expenses, customer service expenses, and constant security updates to stay ahead of an ever-advancing hacker industry. So diminishing the profitability of such a product may also diminish its quality, or even its viability as a continued investment compared to Apple’s plethora of alternative investment options.

Perhaps most importantly, the prevention of innovators from maximally profiting from their work is a surefire way to disincentivize continued investment in technological progress. After all, why invest precious labor and capital to invent the next great product, or the next great entire market, if regulators are likely to prevent you from profiting from whatever breakthroughs you create?

The Metaverse is an exciting idea, but it should be built on voluntary agreements, not companies being forced to involuntarily grant access to the products they develop, or prevented from making transactions with willing participants. If creators are left free to profit from their creations, the incentives to keep building amazing new technology will likely result in a future so advanced that our everyday lives will be completely revolutionized. And if we want to be free to make our own choices about whether and how to engage with the virtual worlds of tomorrow, we’ll need to get comfortable with others, including those at Apple and Google, having those freedoms as well.