Started in 2008, the Great Green Wall is a monumental initiative to regenerate the semi-arid northern Sahel region to prevent the Sahara from spreading southwards.

As Statista's Martin Armstrong details below, the idea is to plant millions of trees on a strip of land about 8,000km long and 15km wide crossing the African continent from Senegal to Djibouti. To give an idea of the scale of the project, the planned route is almost as long as the distance between Paris and Beijing (8,200km). In addition to the goal of restoring 100 million hectares of degraded land by 2030, the Great Green Wall aims to capture 250 million tonnes of carbon. It will also improve food security and create millions of jobs in the affected regions. 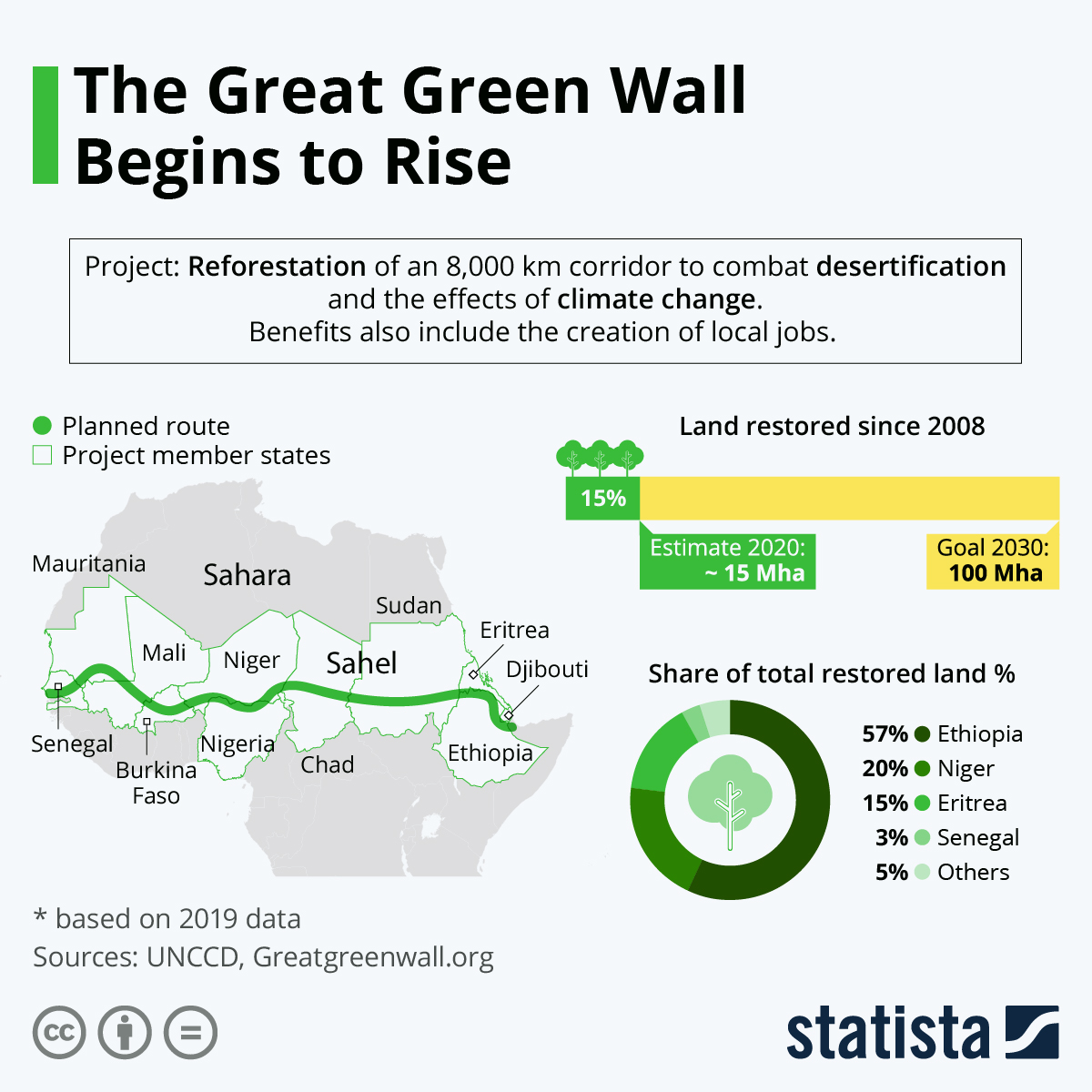 At present, this ambitious project is only about 15 percent complete, according to the latest estimates. But some $20 billion has recently been pledged at international level to push it forward and hopefully reach the target in eight years. Eleven countries in the Sahel belt are involved in this ecological restoration project. However, only a handful have made significant contributions in the decade since launch. As detailed in the infographic above, over the period 2008-2019, Ethiopia accounted for more than half of the restored land in the project's area of focus, followed by Niger (20 percent), Eritrea (15 percent) and Senegal (3 percent).