Four of the eight highest-ranked U.S. cities in terms of overall happiness are situated in California. 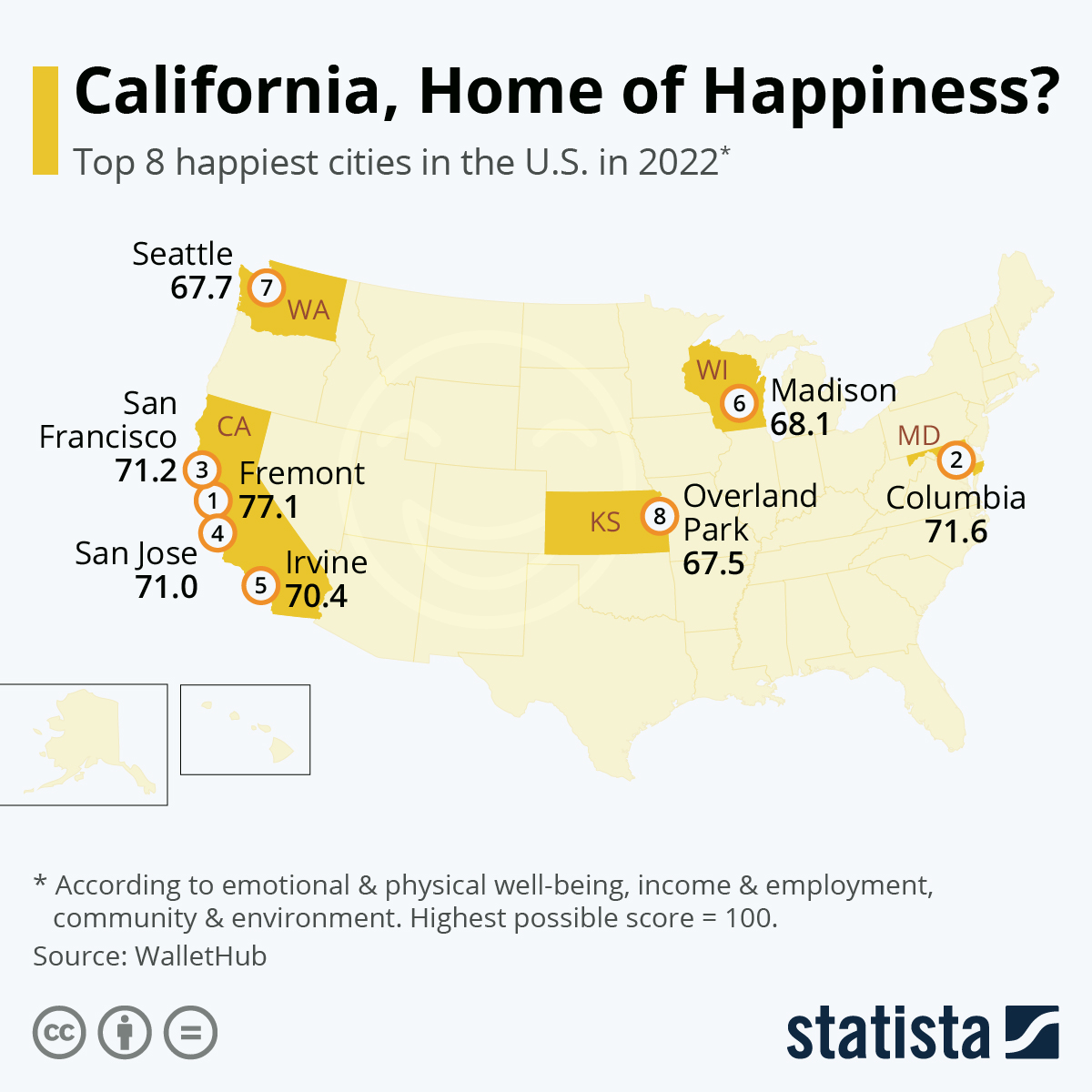 As Statista's Florian Zandt details below, according to an analysis by WalletHub, only one city not located on the United States' west coast managed to break into the top 3 last year.

The city in question is Columbia, Maryland, which ranks second on WalletHub's index of the 182 happiest U.S. cities. When looking at the individual scores for each of the three dimensions analyzed, the picture portrayed changes quite a bit. For example, Columbia is ranked as one of the worst cities when it comes to income and employment, a category encompassing poverty rates, job satisfaction, job security, weekly work hours or underemployment rate, but ranks fifth and third in terms of emotional and physical well-being and community and environment, respectively.

The top city in the latter category, which includes separation and divorce rate, hate crime incidence and leisure time spent per day, is Casper, Wyoming, coming in 79th place overall.

Fremont, on the other hand, is not only the number one happiest city in the U.S. according to WalletHub, but also scored top marks in the well-being category, which takes into consideration issues like depression and suicide rates, adequate sleep, sports participation and food insecurity.

We have only one question: if everyone in California is so 'happy', why are we seeing record numbers exiting the state and birth rates plummeting?