‘Our Fight Is Against Capitalism’ and ‘the Patriarchy,’ Says Union Boss Leading Teachers Strike 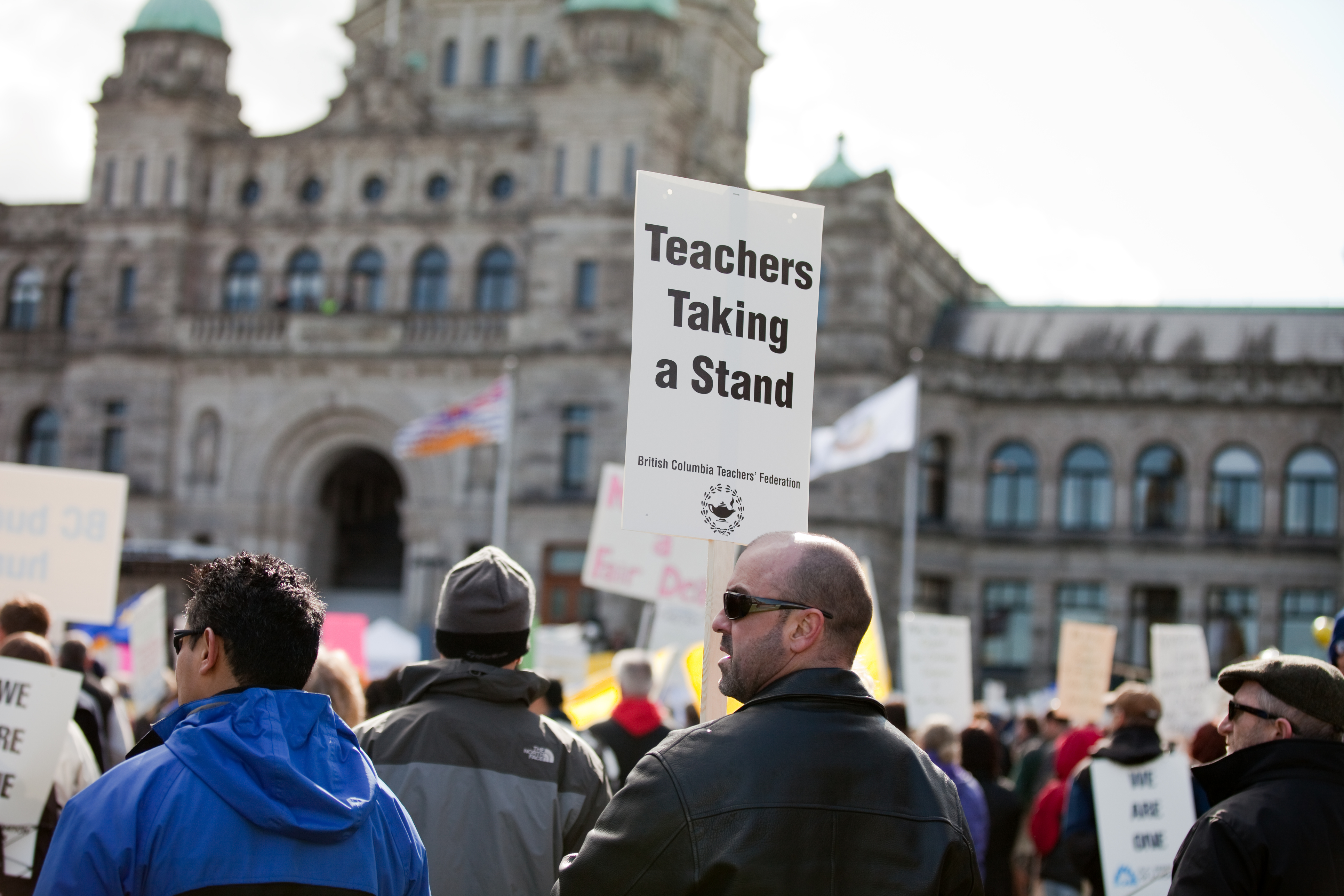 Minneapolis teachers were striking for a fourth consecutive day Friday on bridges and overpasses throughout the city. Some 4,500 members of the Minneapolis Teachers Federation and Education Support Professionals are demanding more compensation, improved working conditions, and smaller class sizes.

For the average person, particularly the average Minneapolis parent trying to send their child to a decent school, such language is startling. After all, what does your child’s education have to do with fights against capitalism and “the patriarchy”?

It’s one thing to say you want more money, smaller classrooms, and better working conditions (even if we’re not talking about working in coal mines here), but to cite abstract grievances like capitalism and the patriarchy is confusing and a little bizarre.

And as far as job security goes, few have it better than Minneapolis teachers. It’s been a running joke in Minnesota for years that it’s all but impossible to fire teachers, even really bad ones, because of the sheer expense of the process and all the red tape.

“The dismissal process can take months, cost districts tens of thousands of dollars, and require countless hours to collect evidence to convince an arbitrator that the teacher can't or won't improve. Students, parents and other teachers can be called to testify,” The Star Tribune noted in an investigation years ago. “It's more common for teachers to leave on their own once school districts start the firing process or encourage their departure with financial incentives. This results in a puzzling system cloaked by data privacy laws, where few track how many teachers are pushed out the door. Some leave with promises of letters of recommendation.”

None of this is to say Minneapolis teachers are overpaid or underpaid. After all, in Econ 101 we learn that value is subjective.

But the great thing about a market economy is that people have choices. Every single day in America, people who feel undervalued quit jobs they don’t like and pursue other ones they believe better reflect their worth, interests, and skills. Indeed, in January alone more than 4.3 million Americans quit their jobs as “the Great Resignation” shows little sign of abating.

But while media reports say many teachers are “thinking about quitting,” it’s worth pointing out that the Great Resignation has not hit school teachers.

‘The Paralysis of Government’

Since I live in the Twin Cities, I’ve observed the recent teachers strike a bit more closely than most people. I won’t deny that I’ve found the anti-capitalist language to be jarring and ugly. But the hardest part is listening to all these grievances and hearing so little about those who schools are supposed to be serving: the kids.

How are they doing? What best serves them?

It takes some chutzpah to go on strike when you’re in the 98th percentile in salary while near the bottom in doing your job: teaching students enough so they can graduate.

But this is precisely what labor unions do. Labor unions by their very nature protect inefficiency. As economist George Reisman has observed, “virtually as a matter of principle” unions oppose innovation, competition, and improved productivity “on the grounds that it causes unemployment.”

This is why many of the most successful entrepreneurs, such as Elon Musk and Jeff Bezos, have resisted unionization efforts, and why just 6 percent of the private-sector US labor force is unionized. (The union rate of public sector workers, however, is 34 percent.) But instead of cutting into the profits of corporations, unions brought inefficiency and strife into public schools—which explains their dismal track record.

Even Franklin D. Roosevelt, a champion of progressive causes, saw the danger in such a situation, which is why he opposed public sector unions.

“Since their own services have to do with the functioning of the Government, a strike of public employees manifests nothing less than an intent on their part to prevent or obstruct the operations of Government until their demands are satisfied,” Roosevelt wrote in a 1937 letter to the president of the National Federation of Federal Employees. “Such action, looking toward the paralysis of Government by those who have sworn to support it, is unthinkable and intolerable.”

The teacher strike in Minneapolis shows precisely how prescient FDR was in this respect, and demonstrates the disharmony labor unions create when they pit workers not against CEOs but taxpayers.

Ms. Callahan can claim she’s “fighting capitalism” with her strike, but in reality she’s simply showing how dysfunctional and radicalized public schools systems have become after years of rule under government and labor unions.