VPN Use Surges In Ukraine And Russia

VPN Use Surges In Ukraine And Russia

Restrictions to internet access in the aftermath of Russia’s invasion of Ukraine have seen demand for VPNs surge in both countries, highlighting, as Statista's Katharina Buchholz details below, a war fought not only on land and sea, but also in cyberspace. 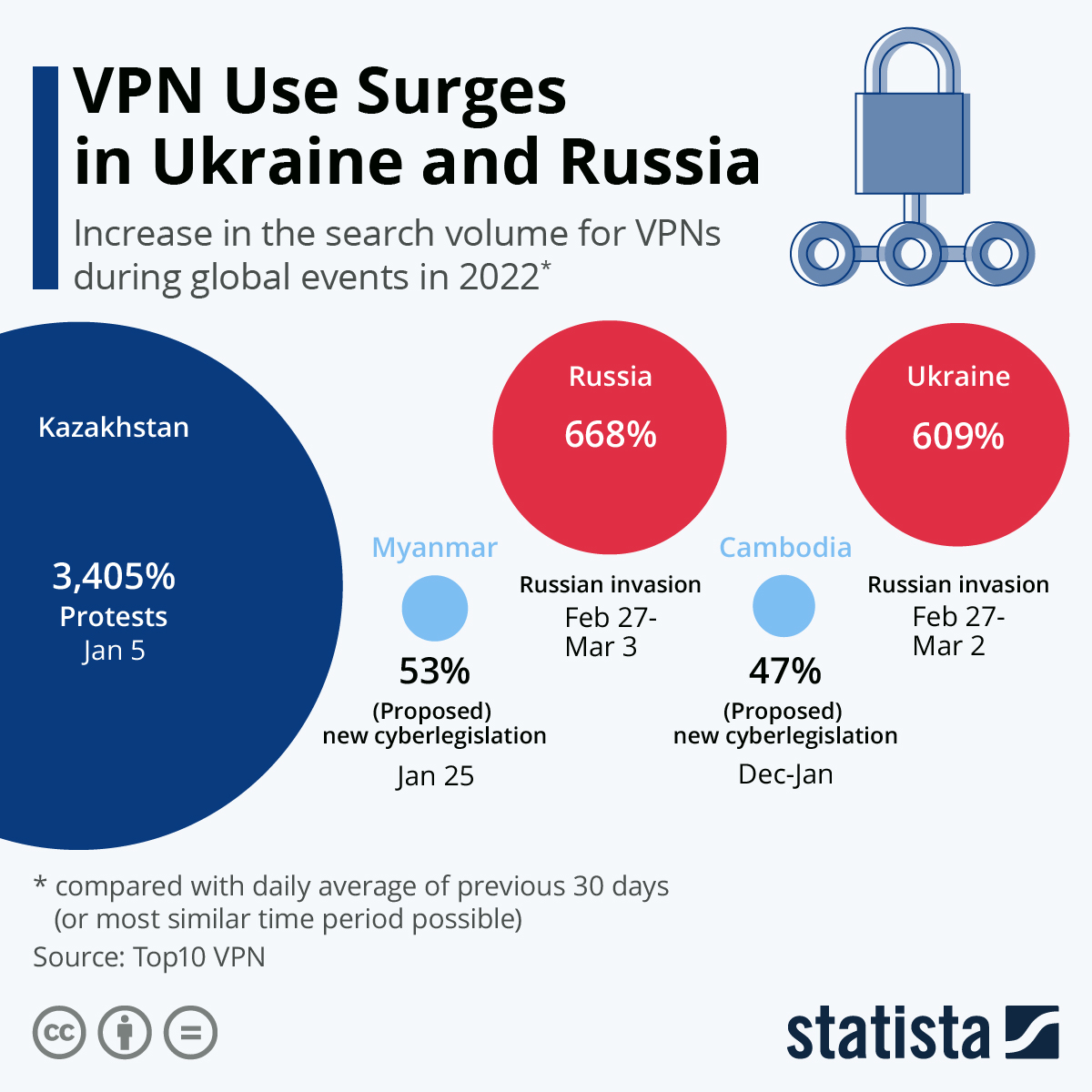 In Ukraine, the search volume for VPNs increased by around 600 percent between February 27 and March 2, compared with the 30 days prior. According to Top 10 VPN, which publishes this data, the number is indicative of Russian cyber attacks on the country’s online infrastructure. One such event took place on Feb 24, the first day of the Russian invasion, for example. Other cyberattacks targeted Ukrainian government websites, according to the BBC, but like disruptions to the Ukrainian internet caused by the destruction of physical infrastructure by Russian forces, they cannot be remedied by VPNs.

In Russia, restrictions placed on social networks like Facebook and Twitter as well as foreign media sites led to increased VPN use. Between February 27 and March 3, demand surged by 668 percent.

By far the biggest search interest in VPN was generated in the current year by a coordinated internet shutdown in Kazakhstan on January 5. The government pulled the internet plug as protests erupted over rising natural gas prices after a price cap ended. VPN searches increased by around 3,400 percent as a result.

In Asia, moderate increases in VPN searches were seen in early 2020, as Myanmar proposed severe penalties on VPN use as part of new legislation and Cambodia mulled a national internet gateway. Similar to the internet controls implemented in China, all web traffic in the country would pass through a single government-controlled entry point if the plan was enacted.

Virtual private networks - or VPNs - enable web users to disguise their location and thereby circumvent the blocking of web services by location.