Following the introduction of sanctions against Russia by a large number of countries, more than 330 companies have announced their withdrawal or suspension of activities in that market, according to the Yale School of Management. With a wide range of measures, from the partial or temporary suspension of their operations to the closing of offices and the permanent exit from the country, this list includes some of the most renowned companies at a global level.

In fact, as Statista's Martin Armstrong details below, some of them,are responsible for several tens of thousands of jobs, such as McDonald's. The fast-food chain announced on Tuesday the temporary closure of its nearly 850 restaurants in Russia, although it will continue to retain its 62,000 employees.

In this infographic Statista compiled ten leading companies that announced the suspension of operations or their withdrawal from Russia. Together, these ten companies alone are responsible for more than 125,000 workers in the country. 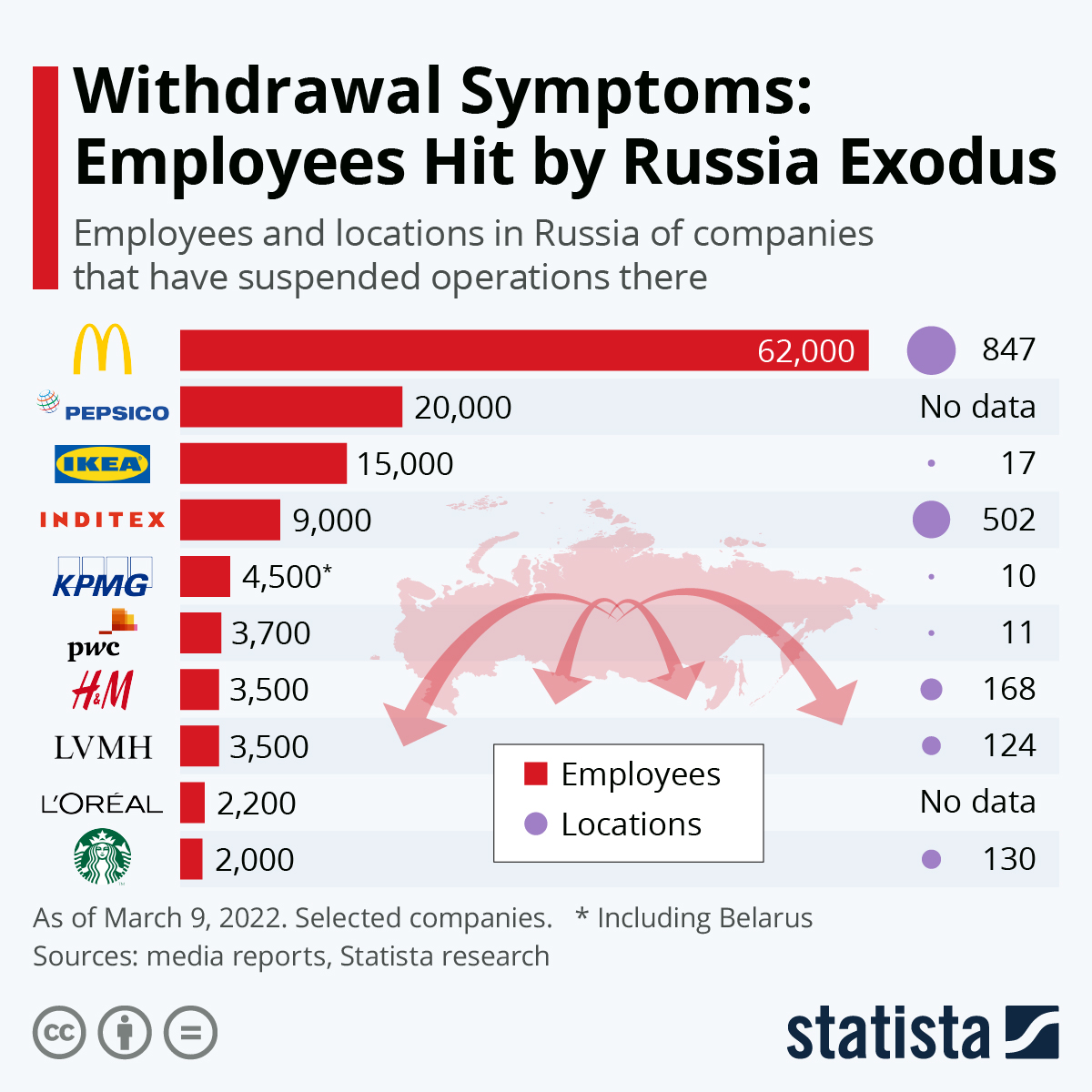 Another significant example is PepsiCo, whose management has decided to suspend sales of Pepsi-Cola and other soft drink brands such as 7Up in Russia, but will continue to offer essential products such as milk and baby food. The company, whose business in Russia dates back more than six decades, has around 20,000 employees in the Russian market.

Ikea decided to pause production and sales in both Russia and Belarus, with the exception of the company's 'MEGA' shopping centers operated by the brand, which will remain open to ensure access to basic necessities. Even so, this measure will affect the employment situation of 15,000 employees at Ikea's 17 locations in Russia.