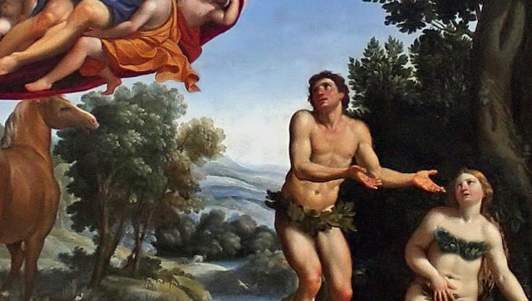 EDEN—Mankind was plunged into sin and death after the first man and his wife Eve disobeyed God's command and ate of the tree they were clearly commanded not to eat from. However, new information indicates there's more to the story than originally thought. According to sources, after being caught red-handed by the Almighty, the couple reminded him that all this is really Putin's fault.

The post Adam And Eve Tell God That Putin Made Them Eat Forbidden Fruit appeared first on The Babylon Bee.