Interest In NFTs Has Plummeted

Interest In NFTs Has Plummeted

While many of us have been forced to at least try to understand what an NFT is over the last year or so, the latest figures from Google Trends suggest that this research has not led to a sustained interest in the topic.

For those that haven't as yet attempted to get to grips with the phenomenon, here's Wikipedia to the rescue:

"A non-fungible token (NFT) is a non-interchangeable unit of data stored on a blockchain, a form of digital ledger, that can be sold and traded. Types of NFT data units may be associated with digital files such as photos, videos, and audio."

Still not clear? Then have fun delving down this particular rabbit hole.

Though, as Visual Capitalist's Martin Armstrong notes, if the trend shown by Google's search data continues, that might turn out to be a monumental waste of your time. 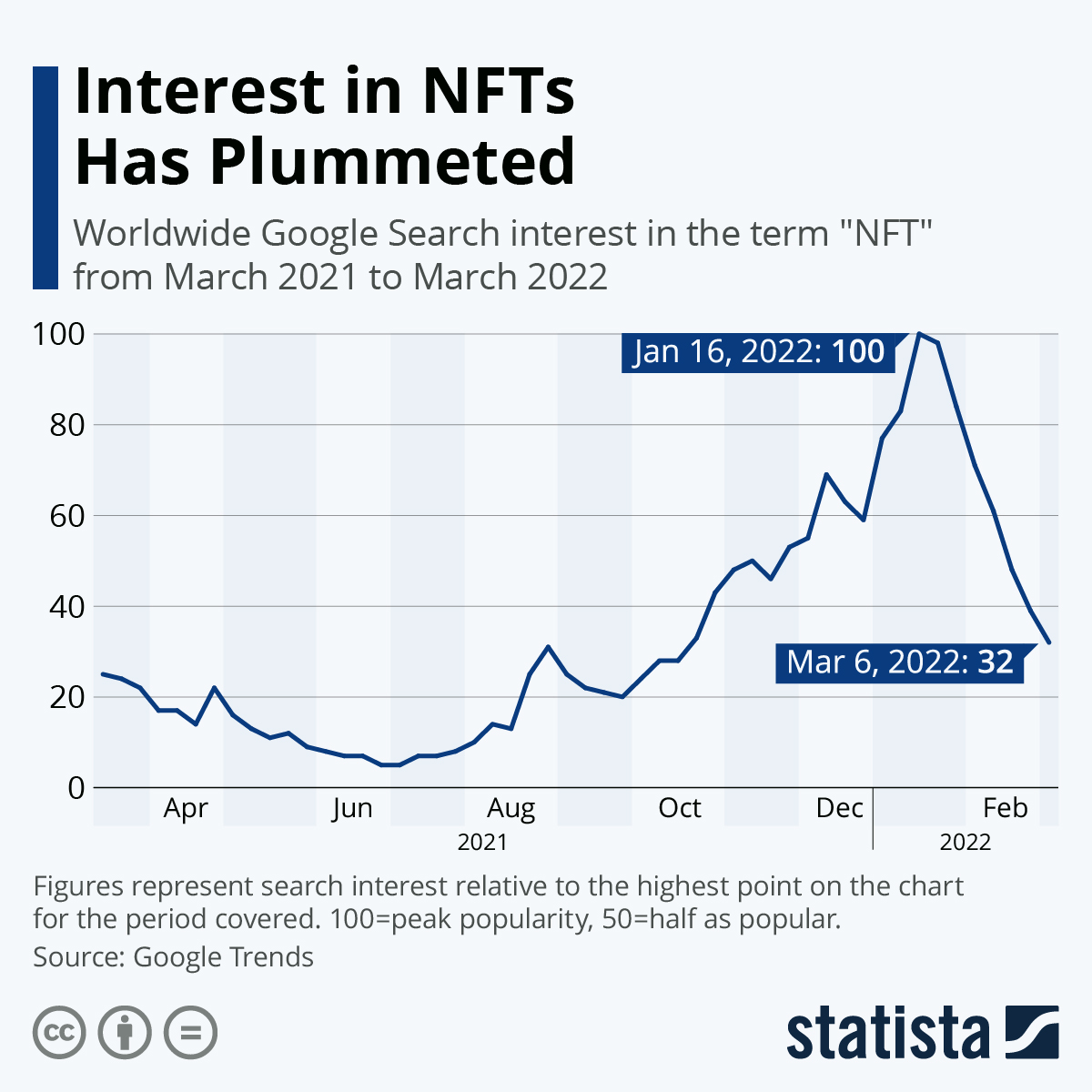 One place where the demise of the NFT is by no means being predicted however, is at LimeWire.

The popular file-sharing platform from the early 2000's (largely facilitating illegal download of films and music) announced this week that it will be returning as a “mainstream-ready, digital collectibles marketplace for art and entertainment, initially focusing on music.”

The service is expected to go live in May.

Join our team of over 2219 Freedom Fighters.