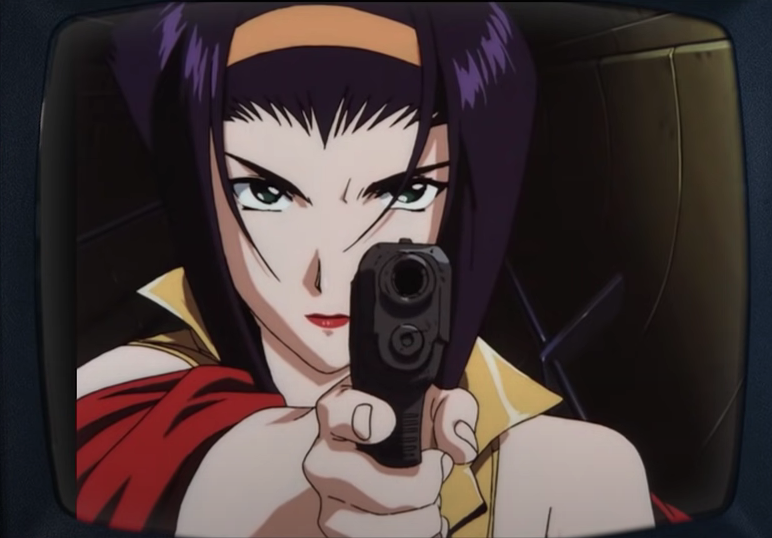 Before expounding on my critique, let it be clearly stated that I am a mega fan of Sean Malone, Out of Frame, and virtually all the content published by The Foundation for Economic Education. Watching Out of Frame in high school played a pivotal role in my path to classical liberalism because the economics, public choice theory, and political philosophy was explained in a down-to-earth, exciting fashion through Sean’s exploration of these themes in popular media.

That caveat being clearly made, I’m also a huge Cowboy Bebop fan. Unsurprisingly, I was ecstatic to see Out of Frame cover the anime hot off the heels of Netflix’s live-action adaption of the groundbreaking early aughts masterpiece.

I found myself agreeing with Sean’s overarching thesis that there’s an inextricable connection “between personal responsibility, good decision-making, and finding meaning in your own life.” More specifically, Sean discusses the importance of bearing the financial costs of one’s actions lest moral hazard be allowed to run amok and others be forced to bear the cost of actions they did not undertake. As a lover of Frédéric Bastiat, I instantly identified Sean’s reformulation of what my favorite proto-libertarian 19th century French economic journalist referred to as “The Law of Responsibility” in his seminal essay, The Law.

No surprise there: Sean is a principled libertarian who has acute understanding and appreciation for the philosophical basis undergirding this political framework. It’s because of my honest appreciation for Sean’s steadfast commitment to liberal values that I was shocked by one of the positions he defended in this episode.

Sean argues that Faye Valentine, the fan-favorite femme-fatale of the motley crew aboard the Bebop, is obliged to recompense those people who cryopreserved and resuscitated her following an otherwise fatal spacefaring accident. The reader might think, “Oh, so you believe Faye doesn’t owe her benefactors a dime because the service they provided her was necessary to preserve her life!”

However popular such an argument might be among progressives, this is decidedly not my argument. Like all libertarians worth their salt, I too reject the conflation of positive entitlements to necessary goods and services as rights. To believe in positive “rights” in a world of scarcity is tantamount to believing you have a claim to others’ unpaid labor, time, skillset, property etc. Such a belief is clearly anathema to classical liberals who believe in individuals’ negative right to liberty, private property, and autonomy. On these grounds, Sean is right to say that “they could have just as easily let [Faye] die in the frozen vastness of space.” In fact, nobody had any moral obligation to invest their own time, energy, capital, or anything else to save Faye’s life. Nor did Faye ask anybody to do so.

It is this one-sided nature of Faye’s rescue and subsequent debt that forces me to take umbrage with Sean squarely on libertarian grounds: the rescuers did not receive Faye’s consent, meaning they unilaterally entered a contract with an unconscious person who, definitionally, was entirely unable to accept or reject the terms of said contract. Again, to Sean’s credit, he is right that expensive resources were allocated to preserve Faye’s life and that the money for these goods and services must come out of somebody’s pocket. This much is undeniable.

However, Sean’s assertion that this pocket ought to be Faye’s is considerably more dubious. Moreover, Sean’s invocation of moral hazard in the beginning of his video is rather misleading. After all, unlike someone who purchases home-owner’s insurance and consequently leaves candles burning while they’re sleeping without a care in the world, Faye did not act in an unreasonably risky fashion with the knowledge that, were something to go awry, somebody would be forced to bear the costs of her actions. TL;DR: Moral hazard simply isn’t at play here.

To illustrate where Sean errs in his reasoning, I’m going to present the reader with a hypothetical scenario and leave it to her judgment as to whether she believes it just to demand payment from the beneficiary of an unrequested and unconsented service.

A common-enough panhandling scheme is to wash a parked car’s windshield while the vehicle is immobilized in traffic and to demand compensation from the driver for the service. The argument deployed by the panhandler is that the driver has received utility from his service rendered–this much I shall not dispute–and thus has a right to be paid for doing so. There are two problems with this, one economic and the other moral.

Economically, the panhandler is demanding a wage that he sets unilaterally according to what he deems his time is worth. Unfortunately, this implicit labor theory of value position fails to consider that one’s man’s trash (or time) is not necessarily another man’s treasure (money). This is evidence of why mutually accepted contracts are so important: they are only assented to when both parties deem that what they gain from the transaction is worth what they forfeit.

Morally, the panhandler’s position is just as indefensible. One cannot spontaneously perform a service for another and demand anything in return. While it isn’t morally impermissible to unilaterally provide someone a good or service for free, i.e., to give somebody a gift, it is clearly implausible to contend that gifting somebody something amounts to a moral claim to that person, their efforts, or their money.

The panhandler scenario is analogous to Faye’s unsolicited resurrection and subsequent debt-servitude to her “saviors” in Cowboy Bebop. If one accepts the arguments that I presented in the former, he must accept them in the latter. I would imagine that Sean would readily agree with me in the former and yet he adamantly maintained that Faye’s rescuers have a legitimate claim to Faye’s property, labor, and even her very person until the towering debt they accumulated on her behalf is paid off. This situation is involuntary indentured servitude. Or, in simpler terms, slavery.

Now, I do not believe for a second that Sean supports unilateral contract-making/breaking, involuntary association, or forced labor. Again, they are all principled libertarians. That said, I do honestly believe Sean drew a false conclusion here that is in absolute discord with the rest of his classical liberal first principles, most importantly an absolute respect for individual autonomy, voluntary association, and duly entered contracts.

I conclude by asking the reader if she believes she would owe anybody anything if she suddenly woke up in an unfamiliar world in the distant future with a kidnapper/hero (I’ll let you be the judge of that) telling her that she died in her sleep, was whisked away to his cryochamber, and was resuscitated against her will.

Join our team of over 2217 Freedom Fighters.