Fewer people around the world lack access to basic drinking water services than when the data was last published in 2015. Yet, as Statista's Katharina Buchholz explains below, several countries, especially in Africa, still have a way to go to provide their citizens with safe drinking water. 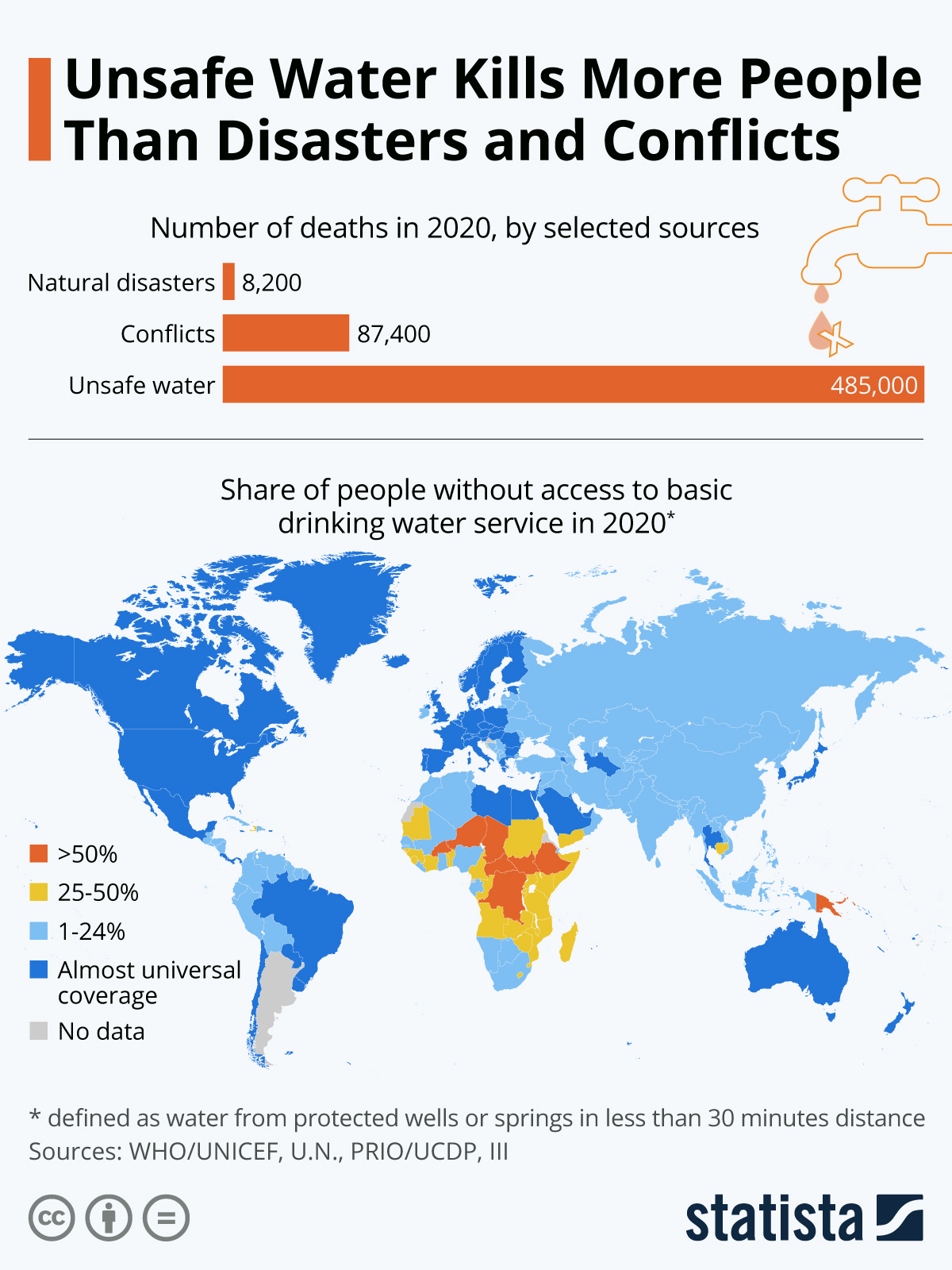 772 million people around the world still lack even basic access, according to the United Nations, who declared March 22 World Water Day.

This is despite the fact that unsafe water, causing diseases like cholera, typhoid and hepatitis A, is a bigger cause of human death annually than disasters and conflicts combined. This is according to data by PRIO and the Uppsala Conflict Data Program as well as the International Insurance Institute.

Children especially are affected by these deadly waterborne diseases.

The UN and WHO joint monitoring program on safe drinking water found that people lacking access to it are currently predominantly located in Africa.

South and Central America, on the other hand, offer basic drinking water services (defined as access to protected wells or springs in less than 30 minutes distance) to at least three quarters of the population in all countries except for Haiti.

The APAC region generally also provides these basic services to at least three quarters of people, except for in Cambodia and Papua New Guinea.

Join our team of over 2219 Freedom Fighters.