These Are The Most Downloaded Apps In Russia In March

These Are The Most Downloaded Apps In Russia In March

In early February, the most downloaded app from the App Store in Russia was 'Persona', a makeup filter app, followed by video conferencing provider Zoom and the online retailer AliExpress (according to a review of app data sources by The Economist).

However, as Statista's Martin Armstrong details below, since the invasion of Ukraine and the ensuing sanctions, pull outs and censorship, people in the country have been far more focused on finding a VPN or internet privacy app, as shown by this infographic based on analysis by Sensor Tower and Quartz. 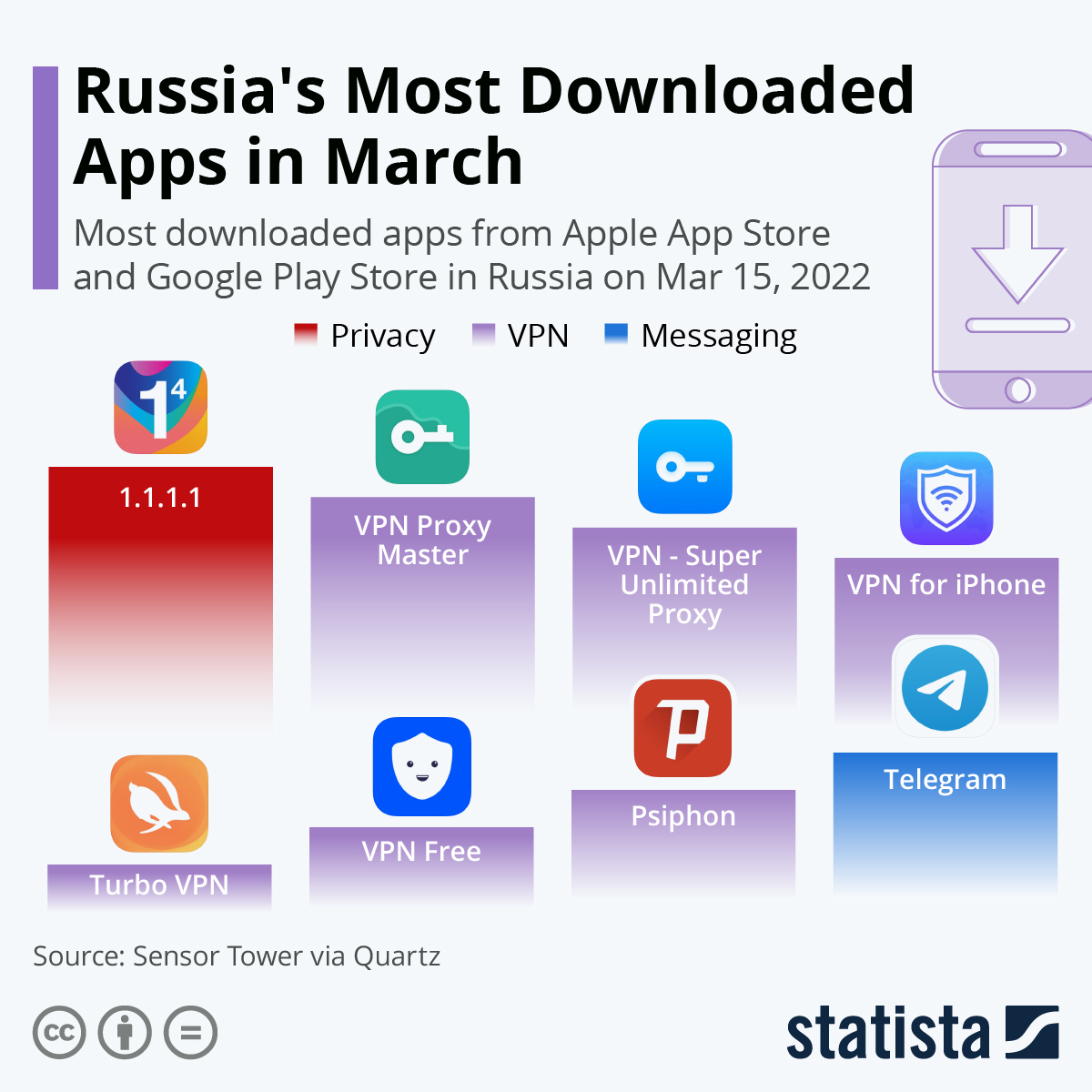 On March 15, the internet privacy app 1.1.1.1. was the most downloaded app in Russia when taking into account the numbers from Apple's App Store and Google's Play Store.

The top 8 list is dominated by VPN providers, with the encrypted messaging service Telegram making an appearance, too.

Looking for solutions to problems of a far more serious nature, Quartz reports that the most downloaded app in Ukraine on this day was 'Air Alarm', which as described by the developer "generates a loud alert warning of an airstrike, chemical attack, technological catastrophe or other types of civil defence alerts."