7 In 10 Americans See Russia As An Enemy

7 In 10 Americans See Russia As An Enemy

Americans' views of Russia have soured since the invasion of Ukraine, according to a new poll by the Pew Research Center.

As Statista's Anna Fleck details below, a significant 70 percent of U.S. respondents now say that they would consider Russia as an enemy, up from 41 percent in January. 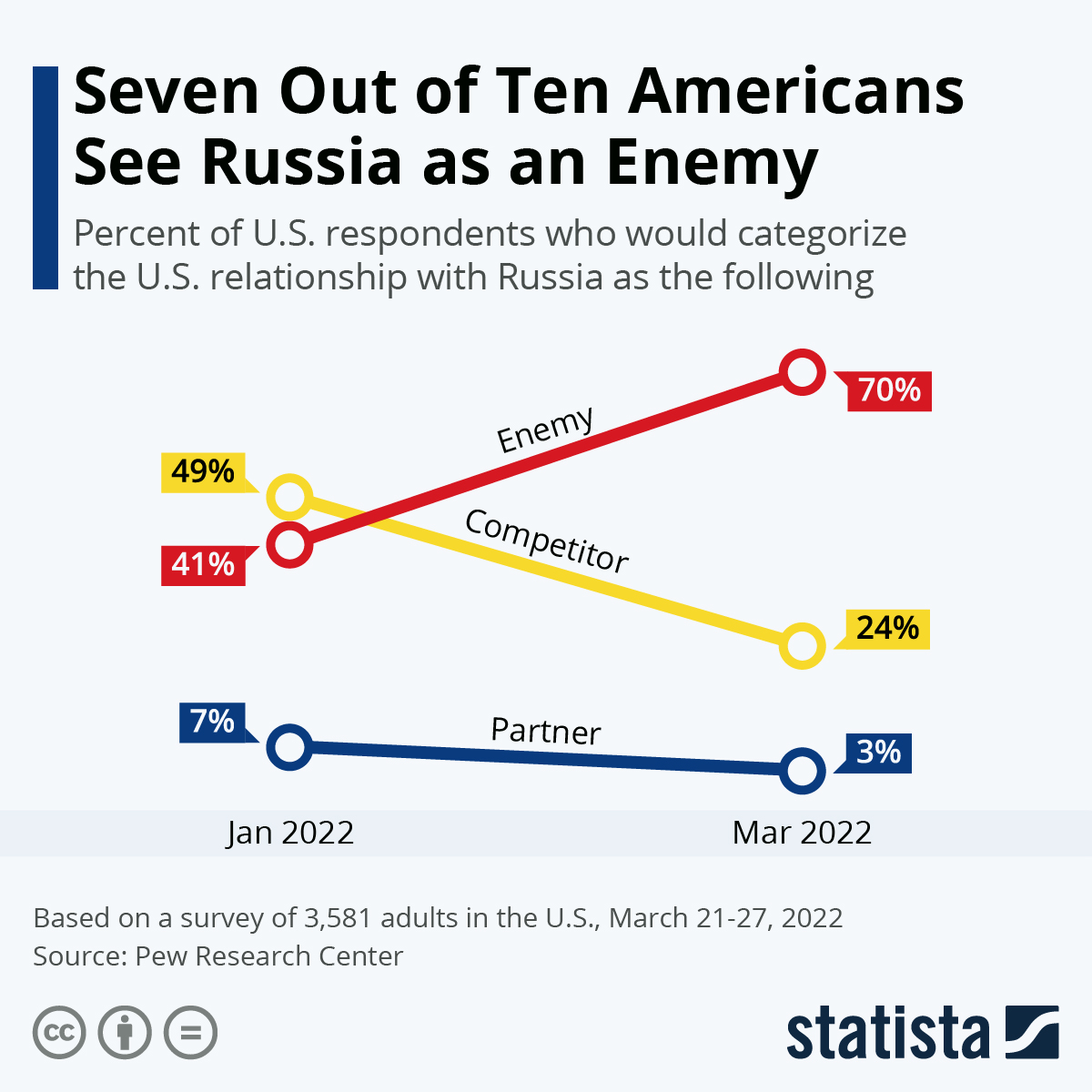 It’s an issue that appears to have created some consent across the aisle, with 72 percent of Democrats and 69 percent of Republicans now calling Russia an enemy. The two parties have seen divides deepen throughout the Trump era - including on the issue of Russia - but seem to be finding common ground over views on the rival superpower in light of the war in Ukraine.

At the same time, only 6 percent of Americans say they have confidence in Russian President Vladimir Putin. This is in stark contrast to the 72 percent of people who have expressed confidence in his Ukrainian counterpart, President Volodymyr Zelensky.

According to Gallup, U.S. perceptions of Russia have been rocky throughout Putin’s era. While they started off favorable in 2006, with 73 percent of Americans calling Russia a friend or ally, they have seen a downward trend ever since 2013, following the war with Georgia and then the annexation of Crimea.

While sentiments seemed to warm somewhat under the Trump administration, and Pew polls even indicated that 49 percent of Americans considered the country as merely a competitor at the beginning of this year, the first chart above shows that number has sunk once more.