Biden Approval Is Plunging The Most With Younger Americans

Biden Approval Is Plunging The Most With Younger Americans

President Biden's approval rating has been taking a bit of a battering of late, but, as Statista's Martin Armstrong details below, in a somewhat surprising new analysis of survey data by Gallup, it's among the younger voters where the biggest falls are being recorded. 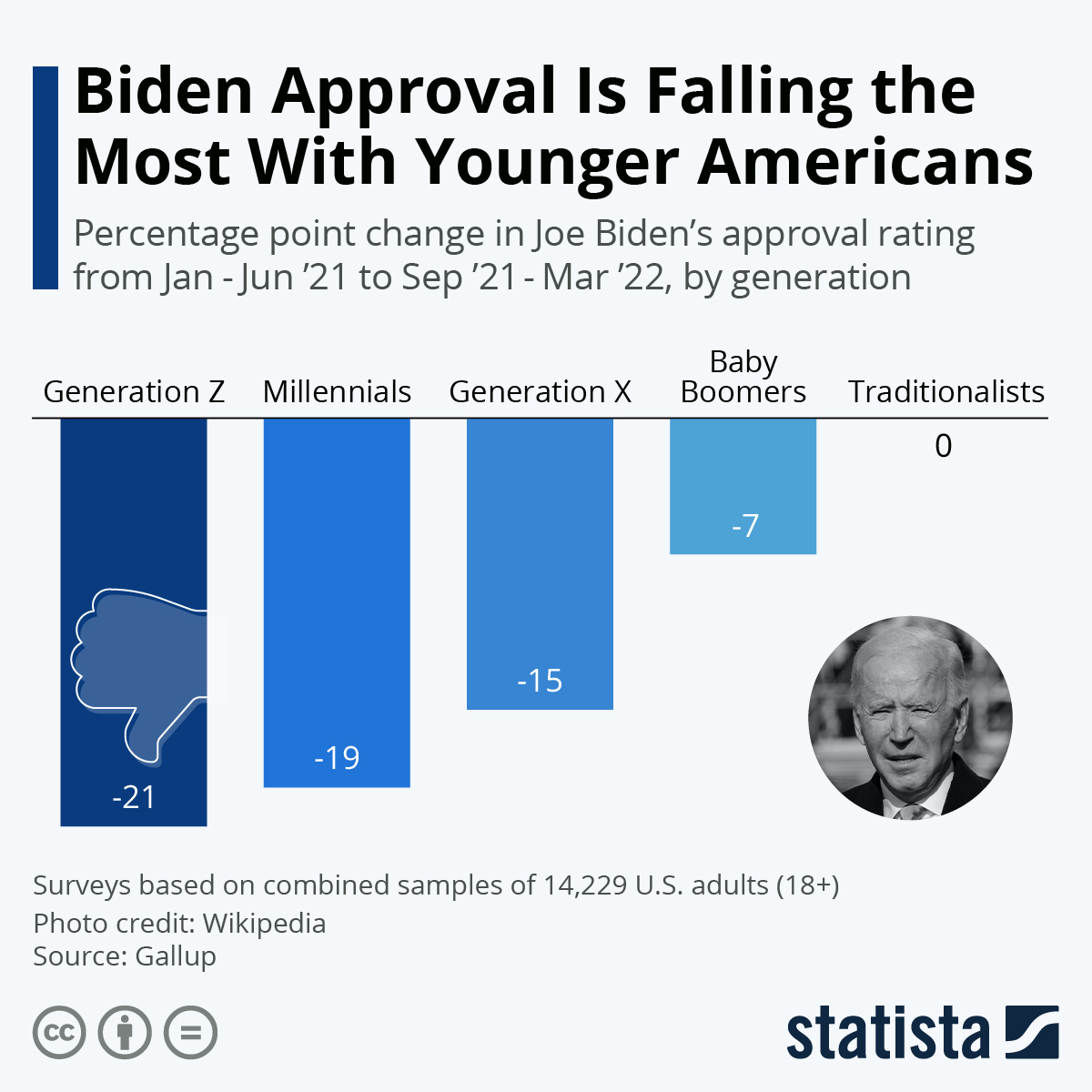 As this infographic illustrates, there has been a 21 point drop in approval with members of Generation Z (born 1997 to 2004) since the first half of 2021, bringing the rate down to just 39 percent - the lowest of all the generation groups having been joint highest with Millennials. Speaking of which, those born between 1981 and 1996 registered a 19 point decrease in approval of the president, falling to 41 percent, and one percent below the national average of 42 percent.

Gallup provides some context for the changes:

"By the summer (of 2021), as coronavirus cases unexpectedly rose, Biden had lost significant support among Generation Z, millennials and Generation X, ranging from seven- to ten-percentage-point drops. But his approval rating held steady among baby boomers and traditionalists. All generational groups have become less approving of Biden since the summer, after the troubled U.S. withdrawal from Afghanistan in late August 2021, with the exception of traditionalists, whose approval has not changed."

Notably, since candidate Biden came on the scene, he has never been this far below Trump in nationwide 'favorability'...

And gas prices are not falling enough to spark any comebacks for now.