The Countries Committing The Most Of Their GDP To Ukraine Aid

The Countries Committing The Most Of Their GDP To Ukraine Aid

While not directly intervening in the war in Ukraine so far, countries in Europe and the United States have been contributing to the defence of Ukraine via financial, humanitarian and military aid. In absolute terms, the largest supporter as of March 27 was the United States, with a total of €7.6 billion made up of €3.2 billion in humanitarian aid and €4.4 billion in military aid.

But as Statista's Martin Armstrong shows in the infographic below, using Kiel Institute for the World Economy data, when it comes to a country's commitment in relative terms, no country came close to Estonia in the first four weeks of the war - its contribution of €0.22 billion in military aid equates to 0.8 percent of the country's GDP. 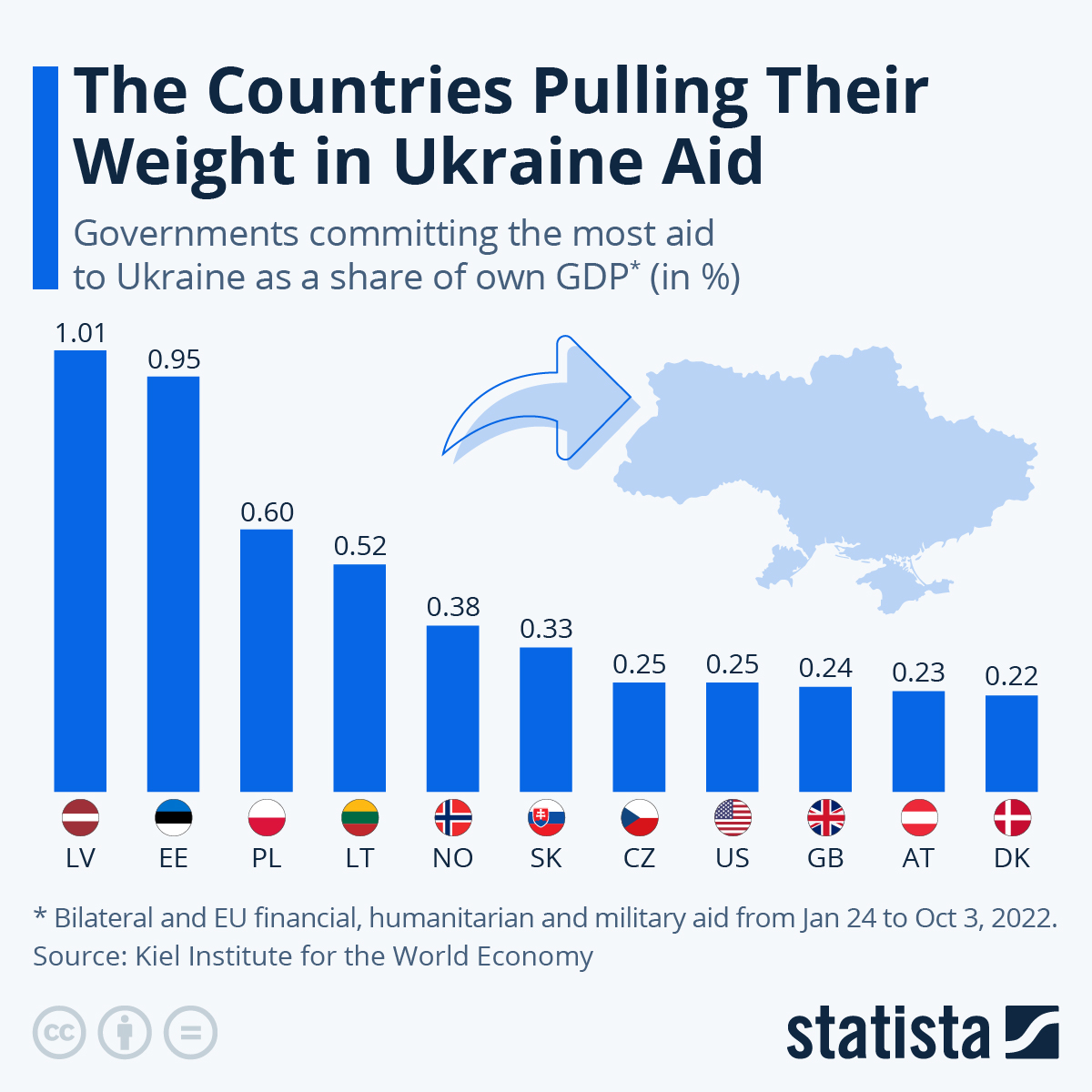 The United States' financial input up to this point was equivalent to 0.04 percent of its economic output.

Worth noting is that the indirect aid sent by countries such as Germany, France and Italy via the EU is not taken into account for these individual assessments. The source states that EU institutions have contributed €1.4 billion and a further €2 billion is attributed to the European Investment Bank.