What Swampletic’s Runescape Challenge Can Teach Us About Economics 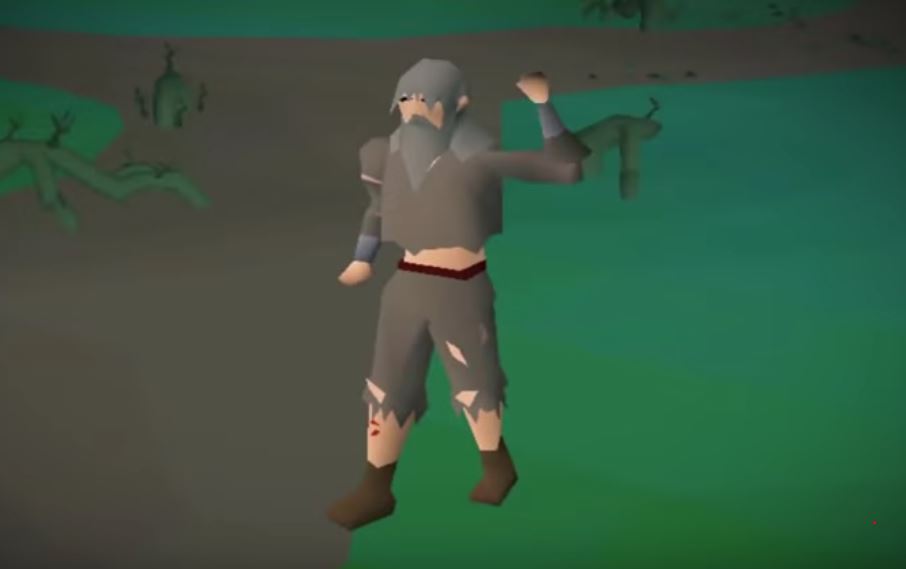 I recently stumbled onto some of the most entertaining content I’ve seen on YouTube in a long time–Swampletics.

Swampletics is a Gaming YouTube channel made by a streamer by the name of Settled. Settled plays a game known as Oldschool Runescape.

Runescape is one of the oldest, continuously running MMORPGs (Massively Multiplayer Online Role-Playing Games). It was first released in 2001, and the 2007 version of the game was re-released in 2013 (this the “old school” moniker) and still has hundreds of thousands of players.

I played Runescape back in grade school, which tells you something of how old the game is.

Runescape, like many MMOs, is a fantasy open world. Players develop skills, complete quests, fight bosses, and seek rare items. A major part of Runescape is trading with other players to meet these goals.

However, until recently some dedicated players had a problem. After maxing skills, quests, and money on an account, they had nothing to do but stand around at a bank and chat with others (called “bankstanding” in the community).

No. Ironman has one major difference. No trade with other players. Although this may sound minor, it makes a significant difference. “Ultimate” ironman goes one step further. Players can’t use banks to store items.

And this is where Swampletics comes in. He took his ultimate ironman account and made the challenge even harder by voluntarily restricting himself to one area of the map called Morytania.

He spent over 5000 hours conquering the area.

So how much harder is the game without trade? It’s hard to overstate it. In the 3rd episode of the Swampletics, he spends 40 hours trying to get one sword called a mithril scimitar.

This is a long time, but how much longer than normal? Well, despite not actively playing the game since grade school, I was able to log in to a newer account, make enough money, and buy the item in nine minutes.

Trade improved my productivity by 266x over Swampletics.

Part of the reason he took so long to make progress was his inability to trade, but another barrier was that he locked himself in one area.

But Swampletics locked himself in one region. This led to him spending significant time finding items that would be easily found elsewhere.

For example, towards the end of the series, Swampletics needed an item called a Nasturtium seed. The only way to access the seed in the region he was locked in was to fight a non-player character (NPC) for a 1 in 3318 chance of getting the seed. It took three weeks of play to find the Nasturtium seed.

The same seed can be taken from Master Farmers with a 1 in 33 chance, which means buying them only takes 2 minutes. But there are no Master Farmers in Morytania.

What would take minutes for a normal iron man account took hours for Swampletics.

These are only two of dozens of examples of how cutting off trade and regional advantages made him hundreds of times less productive at acquiring items.

No Trades, No Gains

But the 5000 hour journey of Swampletics highlights an important lesson—the significance of voluntary trade.

In 1958, Leonard E. Reed wrote his profound essay, I, Pencil. The essay, told from the perspective of a personified pencil, highlights how no person on earth knows how to make a pencil. Why?

Well, in order to get the wood from a pencil, you must chop down a tree with an ax. But an ax is made with iron ore, which needs to be mined and refined. Imagine how difficult these steps would be if you were working alone.

The middle of the pencil, often called “lead” is actually graphite which must be mined and mixed with clay. Completing all these steps along with the steps needed to make the eraser, paint the pencil, and bind it all together is an enormous task when you consider everything that needs to be done.

Thankfully, we aren’t playing on ultimate ironman mode. Instead of individuals making entire pencils by themselves, we have a complex market of thousands of individuals working across space and time to produce a simple pencil.

Each person offers their labor or their natural resources in a voluntary exchange with others to facilitate the availability of every product we buy today.

Swampletics’ journey highlights how big of a deal this is. Without trade and free movement, he must engage in very long production processes to accomplish in hours what takes other players minutes. Everything is made from scratch with only the resources found in one location.

As in Runescape, voluntary trade between people in different regions of the real world is important for a functioning economy. Some countries, like Peru, are naturally endowed with a better climate for growing coffee. Farmers in Kansas could grow coffee if they all built expensive greenhouses, but they’d be much better off growing corn and getting their coffee by trading with the farmers in Peru.

In the same way, Swampletics’ journey shows the value of trade and movement across regions. By cutting himself off from other regions, he was forced to spend hours working to obtain things that could be found lying around on the ground in other places.

The policy implications are obvious. Barriers to trade such as tariffs and quotas make society less productive. In Runescape, where production processes are much less complicated than the real world, a lack of trade and movement leads to production taking hundreds or even thousands of hours more than normal.

In the much more complex real world, this rings even more true.

While playing a game on “hard mode” is more entertaining to viewers, putting our economy on “hard mode” means poverty. Politicians would be wise to recognize that restricting trade, including international trade, is a surefire way to bring the economy to a grinding halt.