While longer-term structural factors are at play, the effects of the war in Ukraine are felt in many ways – the one that is probably most pervasive in the daily lives of people around the world is rising prices. As Statista's Katharina Buchholz notes, Russia and Ukraine have a significant influence on the world economy due to their role as suppliers of a number of essential raw materials. These include fossil fuels, agricultural commodities as well as several metals.

The latest OECD Economic Outlook states that the two countries together account for around 30 percent of world wheat exports, 15 percent of maize exports, 20 percent of mineral fertilizers and natural gas exports as well as 11 percent of oil exports. According to the report, global supply chains are additionally dependent on Russian and Ukrainian exports of precious metals.

As a result of the Russian invasion of Ukraine on February 24, the prices of many of the commodities in question have risen sharply. 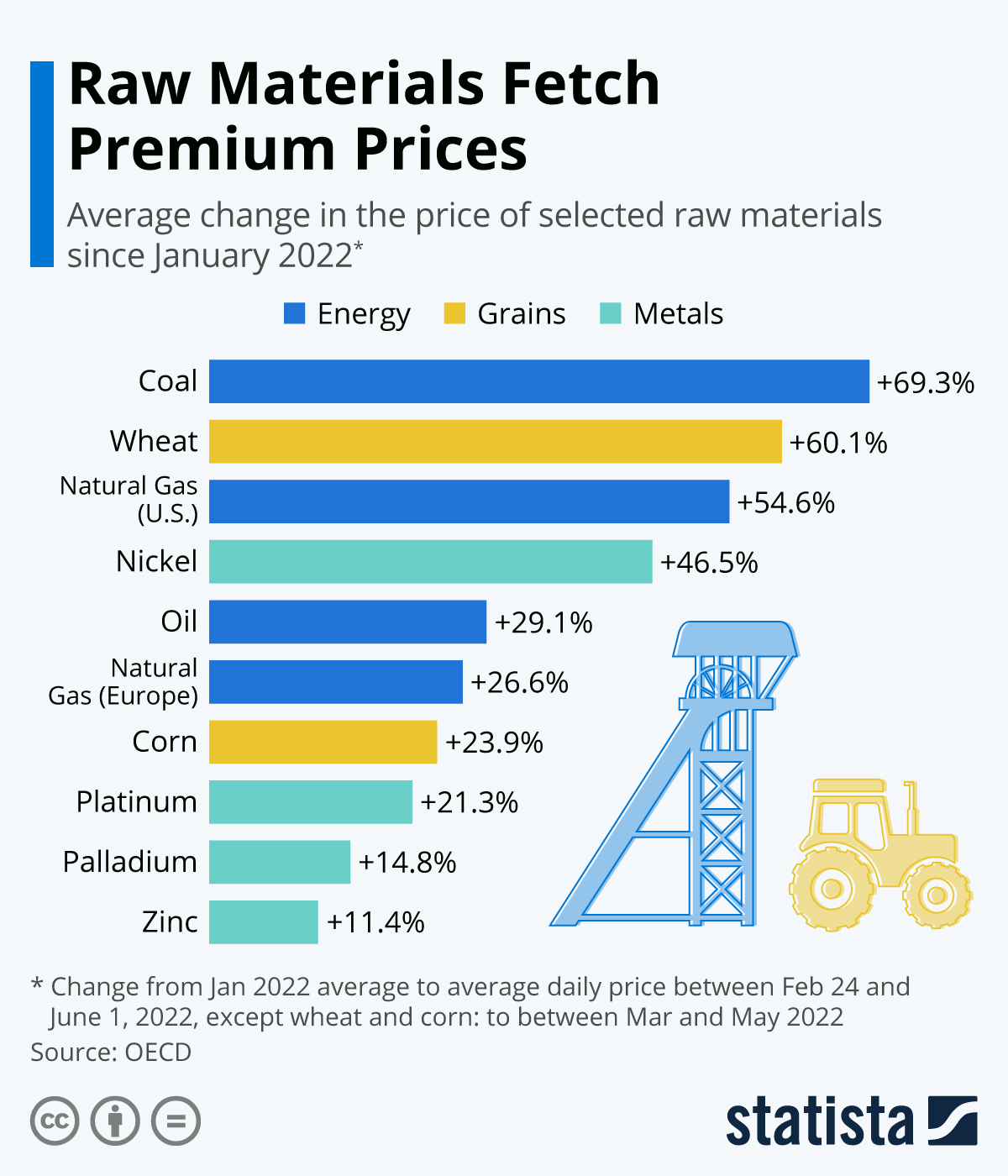 This is particularly the case for coal and wheat, whose prices increased between 60 percent and 70 percent on average.

The price surge is also significant for other important raw materials, such as gas and oil (from 25 percent to 55 percent) as well as metals such as nickel and platinum (between 21 percent and 47 percent).

While exploding prices and supply disruptions have significant repercussions for many economies, emerging and developing countries dependent on grain deliveries are especially vulnerable to these changes as the current situation in Somalia shows.