Is The Tour De France Too Fast To Be Clean?

Is The Tour De France Too Fast To Be Clean?

Slovenia's Tadej Pogačar joined the exclusive list of riders with multiple Tour de France last year at the age of just 22. Pogačar, the second-youngest rider ever to win "La Grande Boucle" ("the big loop"), won his second tour in dominant fashion after having left it late for his maiden triumph in 2020.

In 2020, Pogačar, who rides for UAE Team Emirates, had only taken the lead on the penultimate day of the Grand Tour after outclassing his compatriot and friend Primoz Roglic in an individual time trial to the top of La Planche des Belles Filles. Flying up the hill in spectacular fashion, Pogačar had made up his 57-second deficit to Roglic way before the finish line, taking almost 2 minutes off his friend in the end.

In 2021, Pogačar finished more than 5 minutes ahead of his closest rival Jonas Vingegaard, as only two riders arrived in Paris within 10 minutes of the newly-crowned two-time champion. Having completed the 3,414 kilometer race in 82 hours 56 minutes and 36 seconds, Pogačar averaged a speed of 41.17 km/h (25.58 mph), making the 2021 Tour the second fastest in history behind Lance Armstrong's seventh win in 2005.

As Statista's Felix Richter points out, considering how that victory came to fruition and cycling's (deservedly) bad reputation, it's only natural for records like that to raise some suspicions. As the following chart shows, the Tour de France has not slowed down since the doping-infested years of the early 2000s. 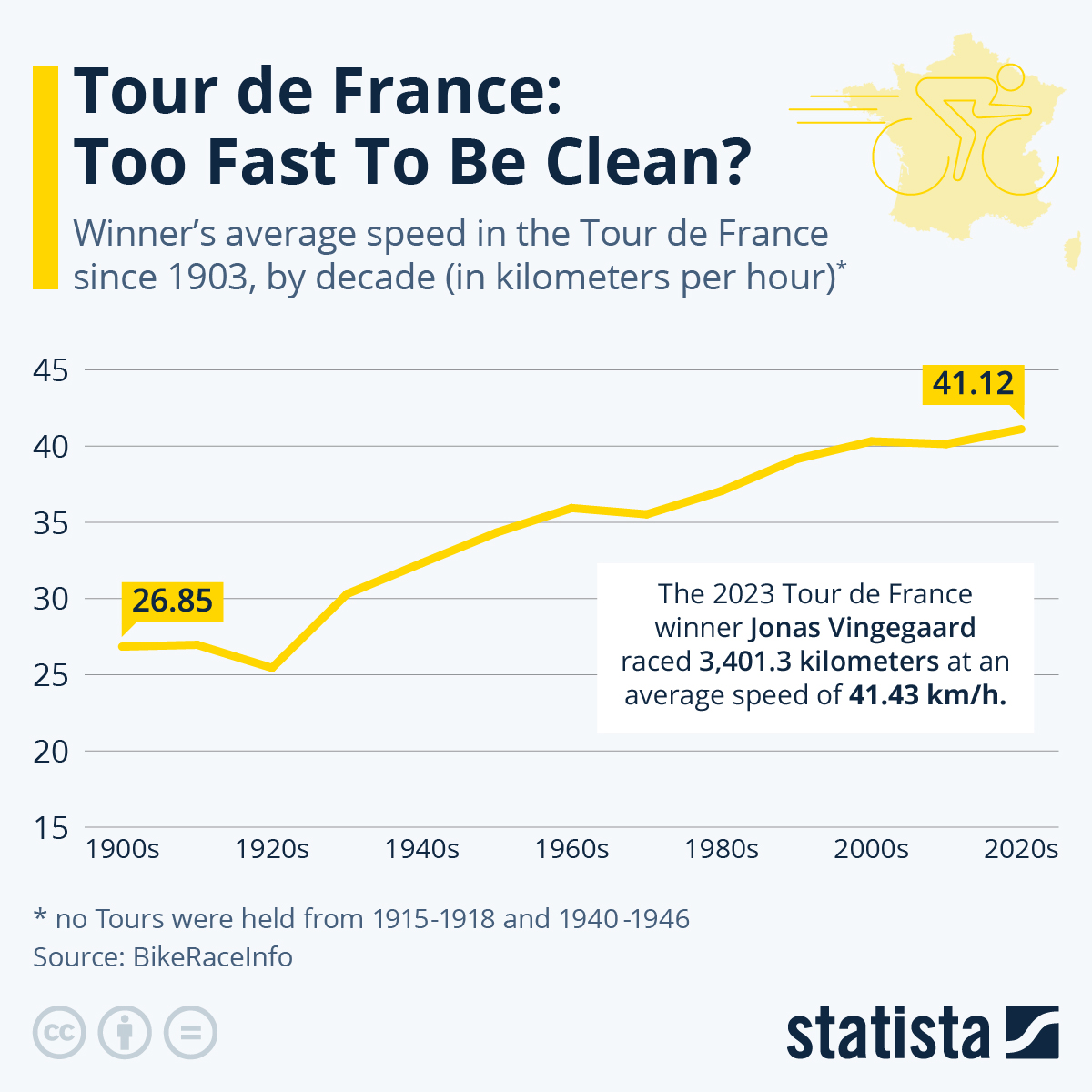 Whether that's due to advancements in equipment, differences in routing or the use of performance-enhancing substances is a question that only time will be able to answer.