The Places Not To Speed

The Places Not To Speed

There are over 100,000 speed cameras in the world, two thirds of which are in Europe, according to The Worldwide Speed Camera Database.

In a roundup of 107 countries, Statista's Anna Fleck found that Russia has by far the highest number of speed cameras recorded at 18,393, followed in second place by Brazil, with 16,997. 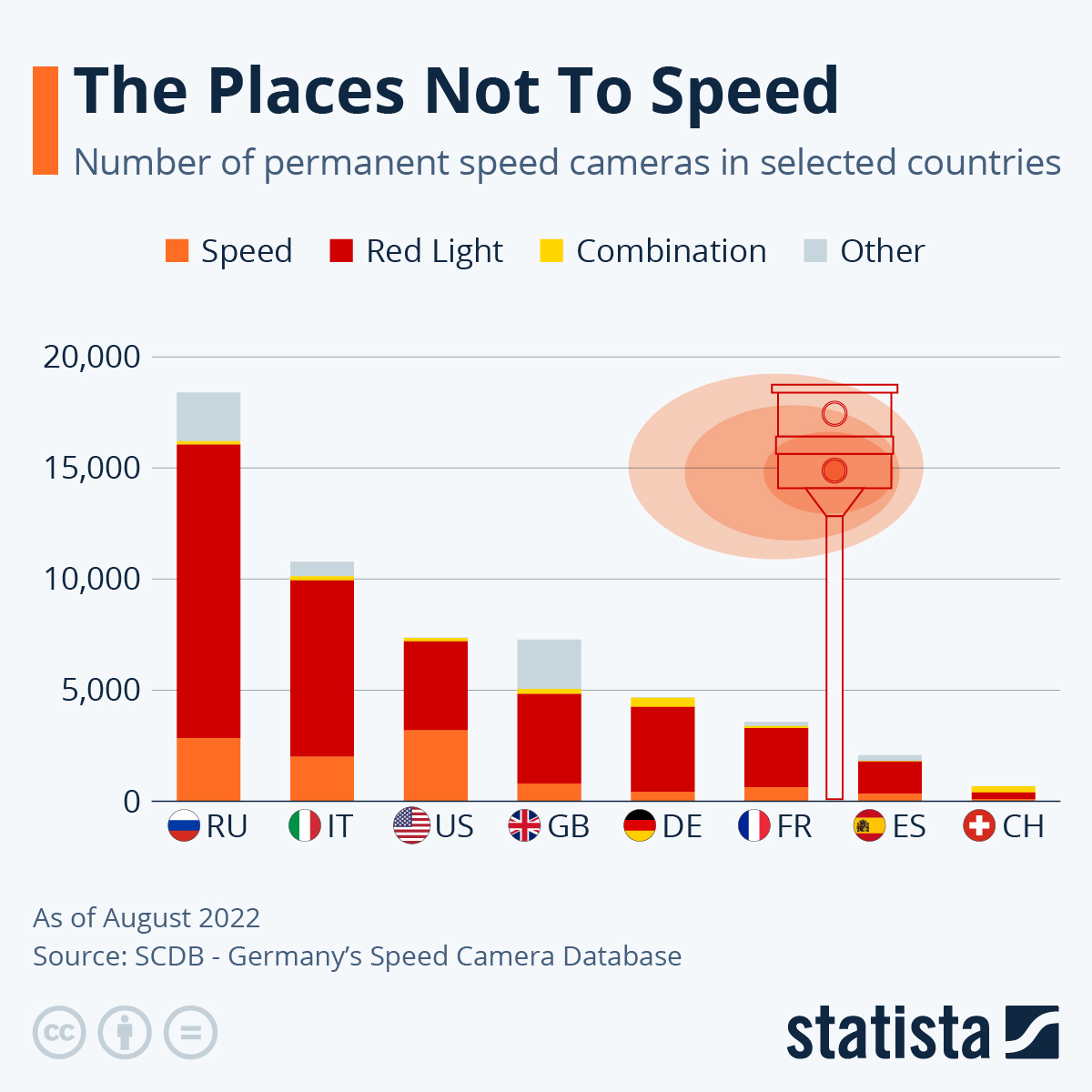 Of course, this makes sense as they are both large countries.

Italy, however, has a disproportionately high number of speed cameras.

Despite being fifty times smaller than Russia, it still has 10,787 cameras.

Additionally, as the chart above shows, the U.S. also has a fairly high number of cameras, at 7,366. More than half of these are ‘red light’ cameras, checking for vehicles that have passed through a stop sign. The UK, despite its size, has a similar number. But rather than monitoring red lights, the vast majority watch out for speeding.