Gasoline prices that had been drifting downward over the past three months have now reversed and risen this past week to a national average of $3.79 per gallon, according to the American Automobile Association. Last week, at a meeting of the White House Competition Council, President Joe Biden hectored oil companies and gasoline retailers telling them: "Bring down the prices you're charging at the pump to reflect the cost you pay for the product. Do it now. Do it now. Not a month from now—do it now."

Well, at least the president did implicitly acknowledge that there is a relationship between the cost of crude oil and the price of gasoline at the pump. In fact, the correlation between the two is quite close. Basically, when the price of a barrel of oil rises by $10, the price of a gallon of gasoline increases by 25 cents, calculates the St. Louis Federal Reserve Bank.

To see the correlation between oil and gasoline prices, let's take a look at two charts. The first is from The Real Economy Blog economist Joseph Brusuelas. The second chart is from the U.S. Energy Information Administration. 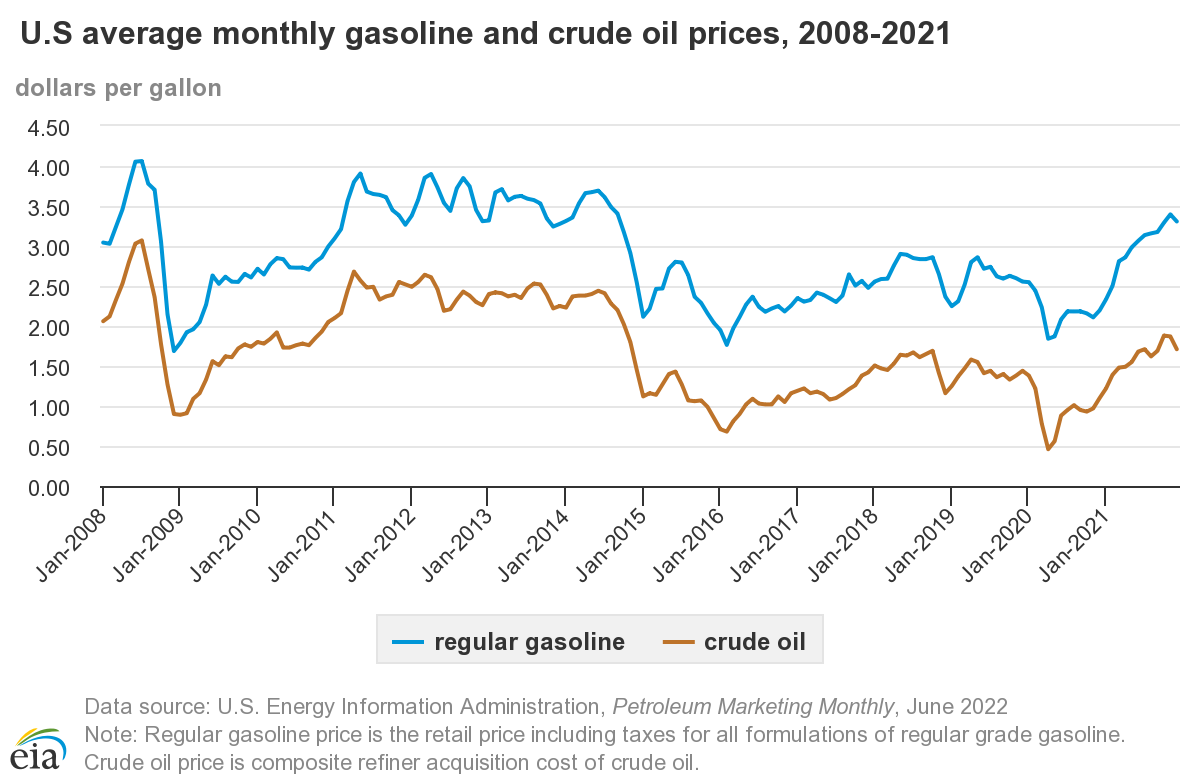 So what has happened to the price of the benchmark West Texas Intermediate (WTI) crude oil in the past couple of weeks? It rose from a recent low of about $77 to about $87. 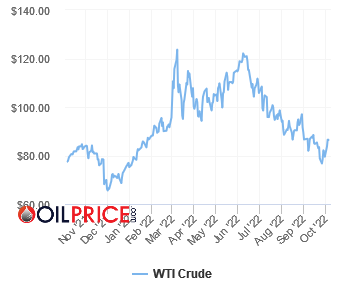 Not surprisingly, so too have prices at the pump. But the $10 per barrel rise has resulted in a more than 25-cent increase at the pump. Blame "rockets and feathers." As the St. Louis Federal Reserve Bank explained in a 2014 report, gasoline retailers, in order to maintain their profit margins, rapidly increase (rocket) their prices when they see crude oil prices rising. However, because consumers have gotten used to higher prices, retailers are generally slower (feathers) to reduce prices as crude oil prices decline. The study did note that retail prices tended to fall faster when competing gasoline stations were clustered close to one another.

Remember when Biden traveled to Saudi Arabia in July to beg that murderous regime to increase oil production in order to bring down global petroleum prices? Now the Saudis and other members of the Organization of Petroleum Exporting Countries (OPEC) are repaying his groveling by planning to cut their production by 2 million barrels per day beginning in November. Other issues are contributing to the recent increase in the price of gasoline, including the fact that several West Coast refineries have been taken offline for maintenance and anticipation that more Russian oil will be withheld from global markets.

The upshot: It's very likely that gasoline prices will "rocket" this fall.