According to the Statista Global Consumer Survey and more than 1,000 U.S. respondents between the ages of 18 and 89, Thanksgiving with the family is still the way to celebrate the holiday this year.

Friendsgiving - or celebrating Thanksgiving with friends - was the next popular plan, with 17 percent of Americans saying they would celebrate this way. Friendsgiving was most popular with the 25-34 age group. 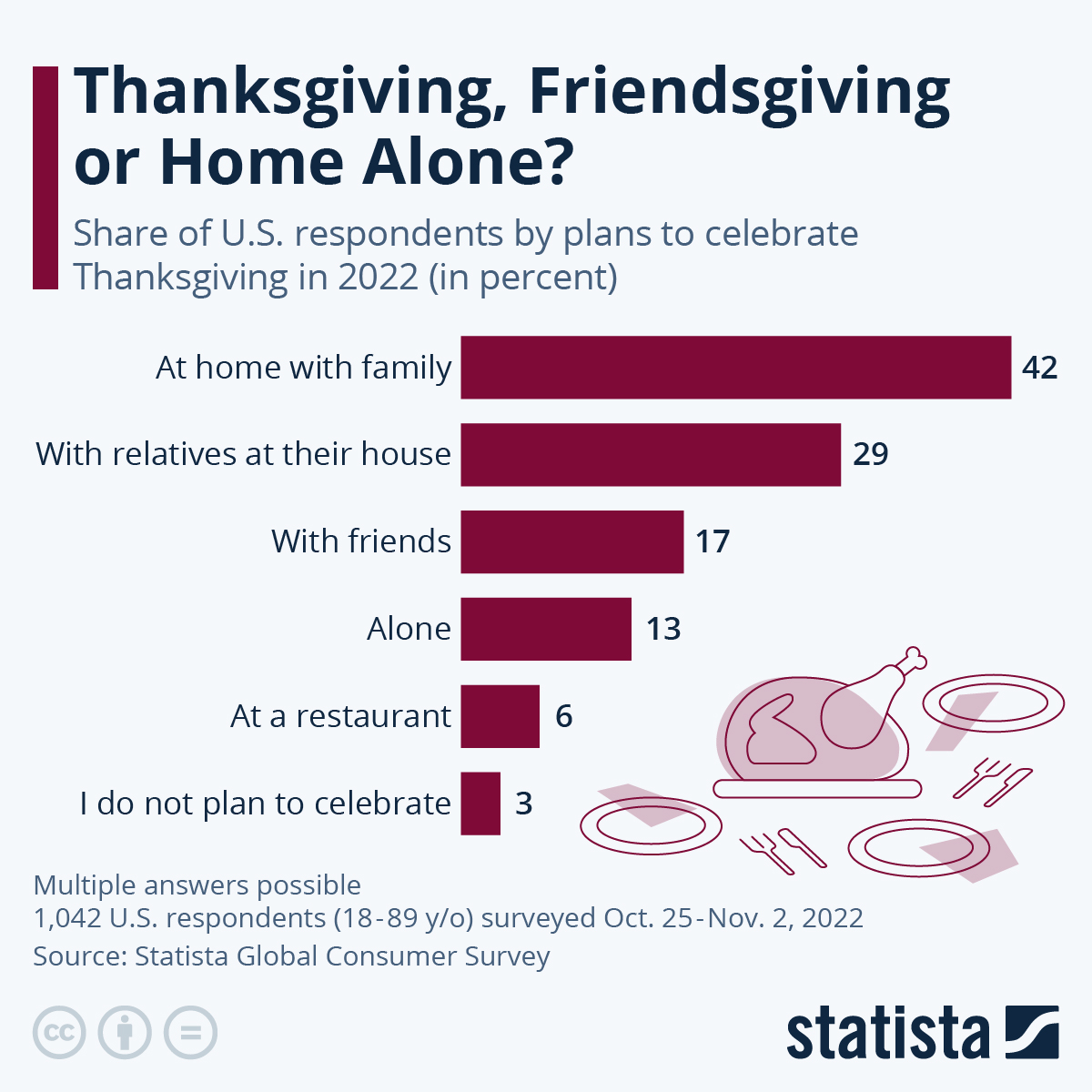 According to the survey, 64 percent of respondent thought that the meaning of Thanksgiving was to spend time with family, while 61 percent saw it as a time to be thankful. 40 percent said they where out to have a good meal, 18 percent found meaning in watching football and 17 percent liked to remember the history of the celebration.