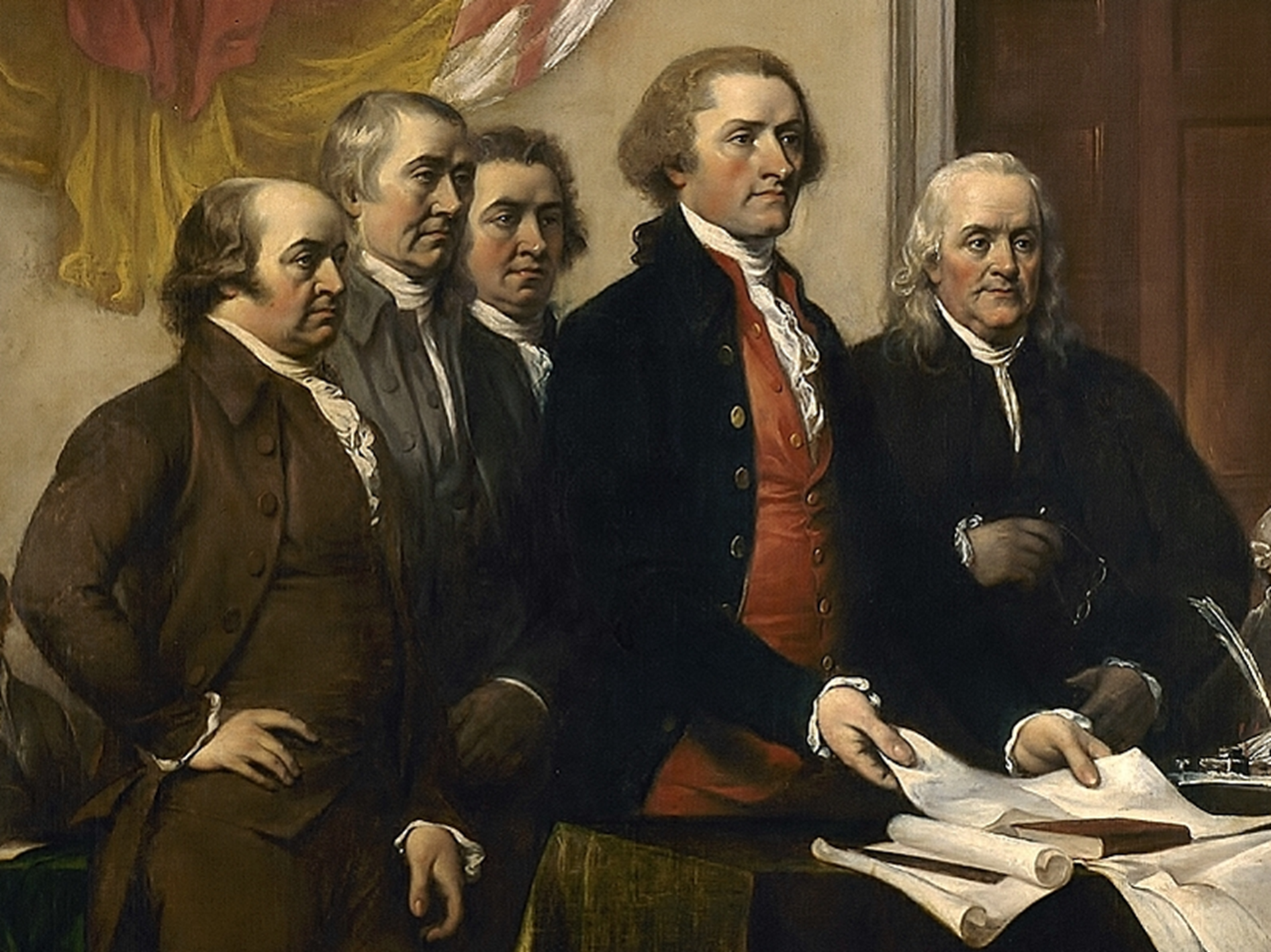 In the twilight of his life, John Adams reflected on the American Revolution in a letter to Thomas Jefferson, writing:

“What do We mean by the Revolution? The War? That was no part of the Revolution. It was only an Effect and Consequence of it. The Revolution was in the Minds of the People, and this was effected, from 1760 to 1775, in the course of fifteen Years before a drop of blood was drawn at Lexington.”

What was it that revolutionized the American minds toward liberty? What were the founders reading in the years before the Revolution?

But many were also reading Cato’s Letters, which according to historian Clinton Rossiter, “was the most popular, quotable, esteemed source for political ideas in the colonial period.”

“While Locke was widely read in the American colonies, his abstract philosophy was scarcely calculated to rouse men to revolution. This task was accomplished by radical Lockeans in the eighteenth century, who wrote in a more popular, hard-hitting, and impassioned manner and applied the basic philosophy to the concrete problems of the government — and especially the British government — of the day. The most important writing in this vein was "Cato's Letters," a series of newspaper articles published in the early 1720s in London by True Whigs John Trenchard and Thomas Gordon.”

Those essays were collected in bound editions that, according to one estimate, graced the shelves of roughly half of the private libraries in colonial America.

As Paul Meany of Libertarianism.org wrote:

“At first, their work focused on contemporary events such as the South Sea bubble, which exposed rampant corruption in the government. However, these essays quickly evolved from polemics on current events to more fundamental investigations into the nature of liberty and power."

Those fundamental investigations were deeply influenced by the ideas of Locke and Sidney. But, as Rothbard said, Trenchard and Gordon stated those ideas in prose that was more accessible, vigorous, and rousing. Take these passages from Letter No. 62 for example:

“Must the magistrate tie up every man's legs, because some men fall into ditches? Or, must he put out their eyes, because with them they see lying vanities?”

“Let people alone, and they will take care of themselves, and do it best; and if they do not, a sufficient punishment will follow their neglect, without the magistrate's interposition and penalties. It is plain, that such busy care and officious intrusion into the personal affairs, or private actions, thoughts, and imaginations of men, has in it more craft than kindness; and is only a device to mislead people, and pick their pockets, under the false pretence of the publick and their private good.”

“True and impartial liberty is therefore the right of every man to pursue the natural, reasonable, and religious dictates of his own mind; to think what he will, and act as he thinks, provided he acts not to the prejudice of another; to spend his own money himself, and lay out the produce of his labour his own way; and to labour for his own pleasure and profit, and not for others who are idle, and would live and riot by pillaging and oppressing him, and those that are like him.”

“Magistracy, amongst a free people, is the exercise of power for the sake of the people; and tyrants abuse the people, for the sake of power. Free government is the protecting the people in their liberties by stated rules: Tyranny is a brutish struggle for unlimited liberty to one or a few, who would rob all others of their liberty, and act by no rule but lawless lust.”

Even today, three centuries after it was first published, such writing stimulates both the intellect and the heart. No wonder it revolutionized the minds of the American founders.

But just as important are great communicators—like Trenchard and Gordon, Cobden and Bright, Hazlitt and Read, and of course the immortal Bastiat—who can master the freedom philosophy, apply it to the issues of the day, and explain it clearly and impactfully to the general public.

John Trenchard and Thomas Gordon wrote Cato’s Letters “to maintain and explain the glorious principles of liberty, and to expose the arts of those who would darken or destroy them…” They explained those principles so well that their influence crossed an ocean and spanned a generation, informing and inspiring a revolution for liberty.