Now, as Statista's Florian Zandt reports, six out of the ten highest fines for GDPR breaches are attributed to Mark Zuckerberg's company.

Even though it might seem like a considerable sum, it's not the most significant amount of money a company had to pay in the history of the GDPR.

As Statista's chart below shows, that questionable honor goes to Amazon, another member of GAFAM. In July of 2021, Luxembourg's data watchdog issued the European branch of the multi-billion dollar tech firm a fine of roughly $774 million in current prices for the "non-compliance with general data processing principles" according to the GDPR Enforcement Tracker by CMS Law. 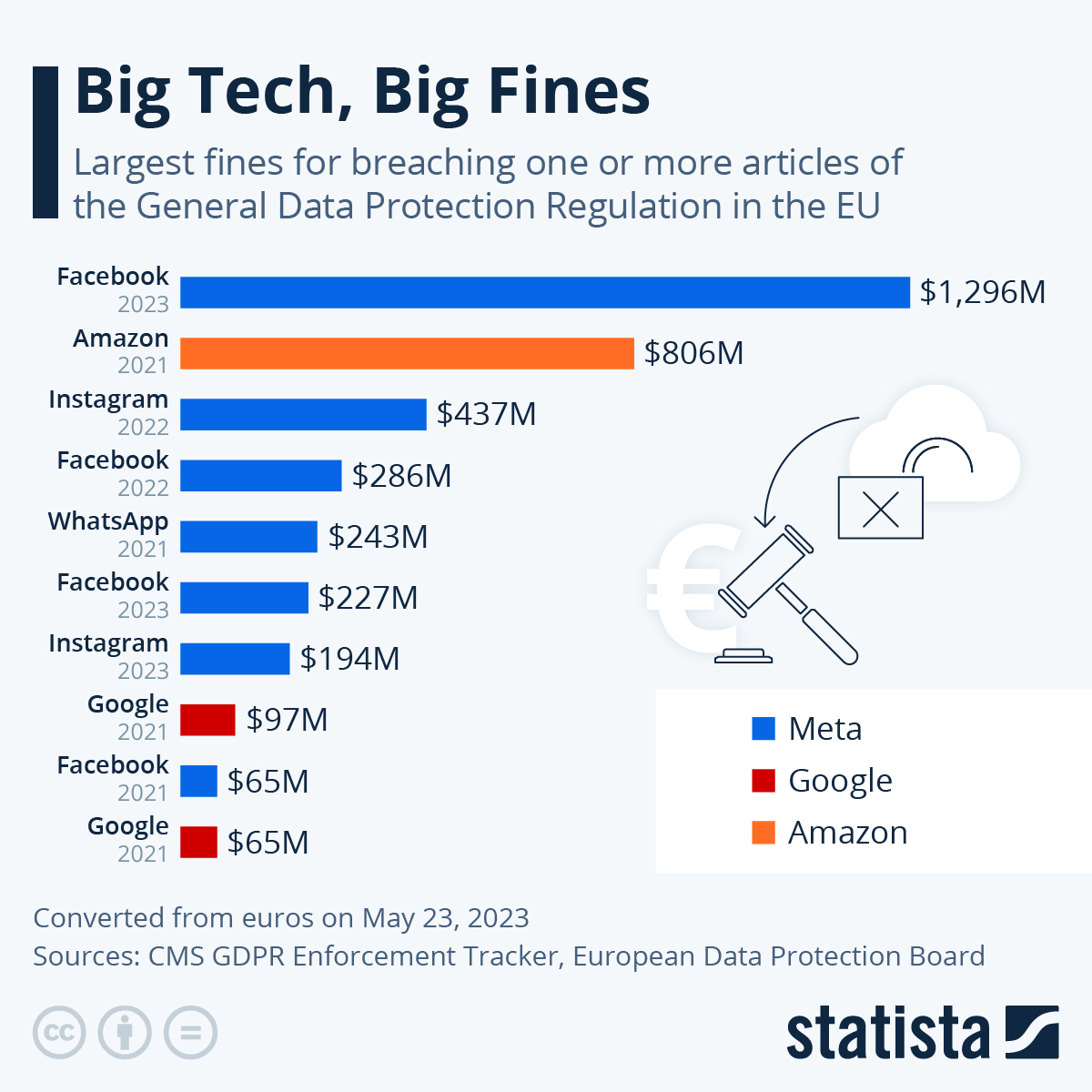 The regulatory framework of the GDPR aims to give users more control over their data – and lays the groundwork for fining companies offering their services in the EU for breaching its articles. The GDPR was instated on May 25, 2018, as a replacement for the EU's Data Protection Directive from 1995. So far, the GDPR Enforcement Tracker lists 1,546 individual breaches of the GDPR, although the data is most likely incomplete since not all fines are made public.

Join our team of over 2196 Freedom Fighters.