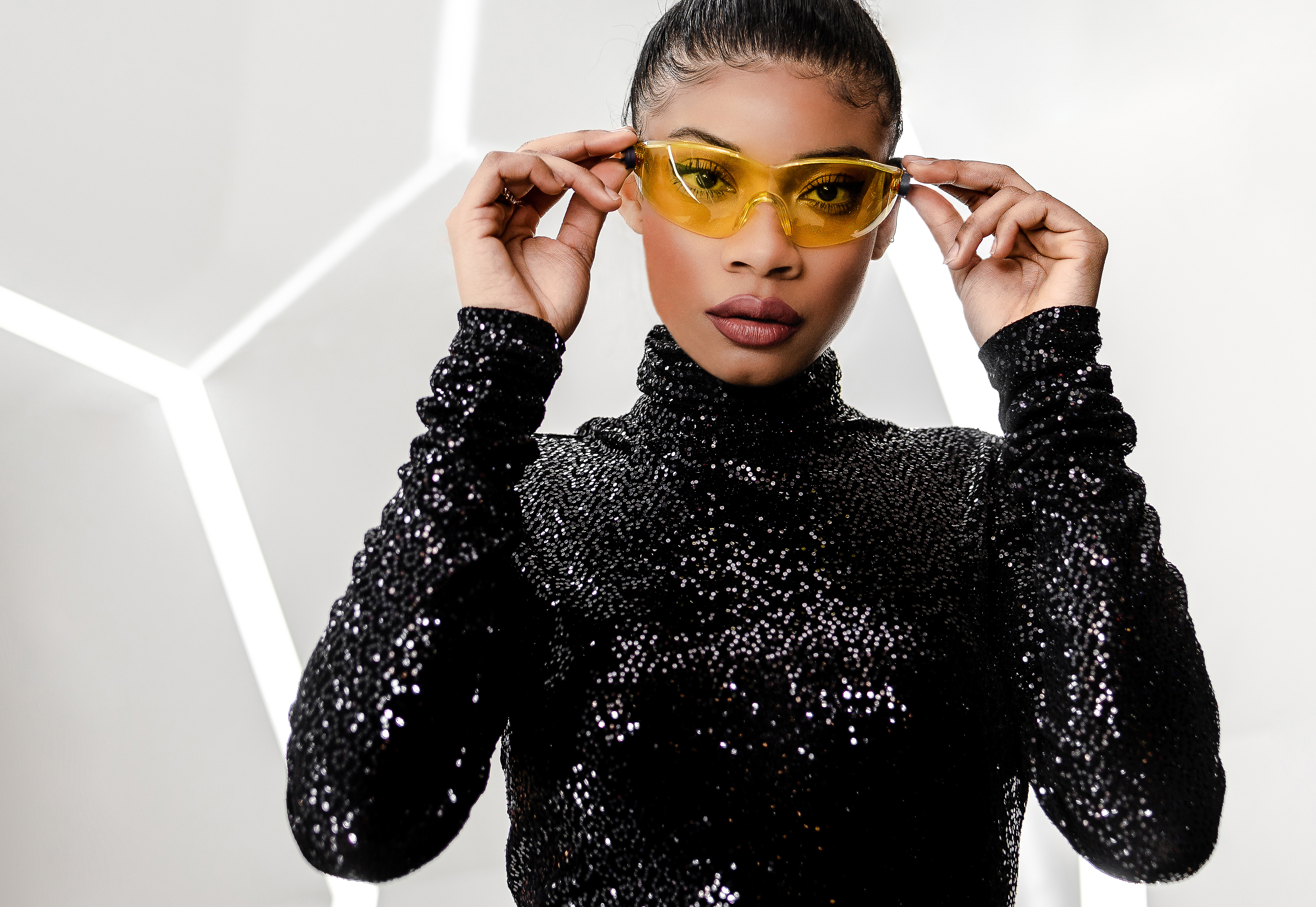 One industry that has recently come under attack from critics of the free enterprise system is fast fashion. What is this? These are the firms that continually churn out cheap new styles of clothing.

What is the case against these businesses? There are several allegations.

First, they entice consumers to keep buying their ever-changing products. They are unnecessary. Shoes, socks and shirts, hats, coats and underwear, should be made longer-lasting, so that less material would be wasted in keeping people’s closets and bureaus stuffed with excessive holdings.

According to the World Economic Forum: “As consumers worldwide buy more clothes, there is a growing market for cheap items and new styles... On average, people bought 60% more garments in 2014 than they did in 2000.”

But who is to say what is the optimal turnover in matters of this sort? And on what coherent grounds? If consumers want to keep up with the Jones’, or the Kardashians, who is anyone to say them nay?

Nor is there anything especially untoward about a business based on continual change. Other industries do this too without any back of the hand from market critics: cars, computers, even mice (Walt Disney came up with a new and improved Mickey Mouse more than 30 times). Movies, books, newspapers, magazines, singers, computers are forever altering their offerings. This is called innovation in some circles, and there is no non-arbitrary reason to ridicule this phenomenon (by denigrating it as “fast fashion”) when it takes place regarding clothing styles.

Does any good come out of this at all? Is there no silver lining? What about the fact that people in the economically underdeveloped world have more (used) clothing at their disposal, which will tend to drive down the prices thereof? True, these items are now out of fashion, but still….

“You haven’t been paying attention, you dupe of the capitalist system,” one might respond. “No, that apparel sits in the ditches, messing up their already rickety economy,” and this constitutes the second element of the case against this industry.

Where do all these unneeded and unnecessary adornments (anything now out of date) end up? Their final resting place clogs up the beaches, roads, and waterways of third-world countries. Yes, we inconsiderate slobs are dumping these no-longer-needed products (which shouldn’t have been created in the first place) on the poor unsuspecting folks in the poorest countries of the world. Shame on us.

Bloomberg refers to “Countries With Mountains of Trash.” It states that “Less than 1% of used clothing gets recycled into new garments, overwhelming countries like Ghana with discards.”

As for this clutter, “it takes two to tango.” For every export, there is also a willing importer. What the importer, in turn, does with the clothing he purchases from abroad, is hardly the fault of the exporter. The third world is hardly the bastion of private property rights, which is a far better explanation of this problem than “fast fashion” and our lack of consideration for others.

A third case against the fast fashionistas is that they utilize too many resources. The United Nations Alliance for Sustainable Fashion has charged that “The fashion industry is the second-biggest consumer of water and is responsible for 2-8 percent of global carbon emissions.”

But every penny spent by firms in this industry is willingly accepted by sellers. How do they get those pennies in the first place? From willing sellers. It is rather arbitrary to complain that others are buying up too much, when the ability to do so emanate from this source. That is to say, of course they are justified in buying up H2O. They have a right to do so based on the dollar votes at their disposal, predicated, in turn, on consumer sovereignty. In like manner, successful companies such as Microsoft, Toyota, McDonalds, Walmart, have a right to buy up pretty much anything they want to purchase, including real estate, raw materials, groceries, and, yes, water. These purchases are what economists call “derived demand.” They are made possible, in the first place, due to support from their own customers.

The fourth indictment is that the fast fashioners pollute. Here is the assessment of Business Insider: “The fashion industry emits more carbon than international flights and maritime shipping combined.” According to Professor Gamini Herath of Monash University, writing in the International Journal of Social Economics, there are “adverse environmental effects of agrochemicals” from this source. The World Economic Forum maintains that “Fashion production makes up 10% of humanity’s carbon emissions, dries up water sources, and pollutes rivers and streams.”

If this unproven allegation is true, it is the fault of the polluters, not the producers. Automobile tires, too, pile up in unsavory places. Firestone and Goodyear are hardly responsible for what their customers do with that product when they are finished with it. Ditto for clothing.

Moreover, we are now in the midst of a ferocious cold spell. Does this give pause to the global warming Chicken Littles who use warming fear as a stick with which to beat up on capitalism? Of course not. But it is difficult to see why we should blame haberdashers for heightened temperatures in the midst of storms that rain down ice and snow hip high and higher. If fast fashion is really contributing to global warming (no proof is offered to that end), perhaps they should be thanked for their efforts, not castigated.

Then, there is that old standby explanation, handy upon all occasions: labor exploitation. Here, the charge is sweatshops. Yes, these folk are charged with exploiting helpless laborers. Alison Morse tells us “The Truth About Workers Conditions In Fast Fashion.” It is this: “The fast fashion industry is still breaking the law when it comes to labor rights. Human rights violations and sweatshop-like working conditions affect millions of workers in textile and garment manufactures [sic]. Child labor and modern slavery cases are still being reported, particularly in Asian developing countries such as Bangladesh, Indonesia, Sri Lanka, and The Philippines. Many factory workers are paid below the legal minimum wage, forced to work long hours in unsafe environments, don't have access to healthcare or paid leaves.”

David Weil, the head of the United States Labor Department’s wage and hour division from 2014 to 2017 reported in the New York Times that Fashion Nova, one of the important companies in this unsavory field, was guilty of employing “a sweatshop system.”

Piling on, Forbes harkens to “The Not-So-Hidden Ethical Cost Of Fast Fashion: Sneaky Sweatshops In Our Own Backyard.”

There is more wrong in these criticisms here than you can shake a stick at. The haberdashers and milliners are no more guilty of trying to improve their economic status than anyone else. When was the last time, gentle reader, you selected a poorer paying job (or investment) when a better one, other things equal, was available to you? When was the last time you paid a plumber, a carpenter, an electrician more, when you could have paid less for the same job? When you paid more for a house or car than you needed to? Thought not.

Another difficulty with this charge is that firms in this industry do not garner vast profits as they would be expected to, if they were really radically underpaying numerous employees. One inside source has stated: “How profitable is the fashion industry? A clothing brand isn't a very profitable business. Most people think you'll make a kajillion dollars and be well on your way to overnight stardom. But the reality is that the profit margins on clothing are notoriously low. According to industry analysts, you're looking at 4-13% profit margins.”

Wages tend to reflect marginal revenue productivity, in the economic lingo, or plain old productivity for the non-economist. LeBron James earns a high salary since he can increase the receipts of his employers by a great amount. You and I, gentle reader, have less productivity, and we earn middle-class compensation. People who push brooms or ask if you want fries with that have still lower ability to add to their employer’s bottom line. Take these so-called sweatshop workers. The critics claim they are being exploited. For example, their productivity is really $10 per hour, and they are being paid only $4 hourly. There are two things wrong with this scenario. One, firms that do this will tend to earn great profits, and this is simply not the case for the clothing manufacturing industry. Two, if it were really true, then profits would be $6 per hour, and other firms would compete them away from the present employers by raising wages. This, then, is an unstable, or disequilibrium situation.

Consider yet another accusation. This evil vicious behavior has had deleterious effects particularly upon people in the third world.

Sarah Bibbey is the co-founder and acting director of Make Fashion Clean, a non-profit organization working to make denim consumption more sustainable globally. In her view, “Any country that is [...] a formerly colonized country, or country that's not a global superpower, is going to be more vulnerable to clothing dumping in general…” Dumping? No one is dropping bales of clothes on innocent people. When the Japanese export cars to us, they do not “dump” them on us. Rather, we are willing buyers! The same phenomenon prevails on the present situation.

Bibbey continued: “Our landfills (in the U.S.) are equipped in such a way that they can process chemicals and they can kind of be contained whereas in other countries, including Ghana, it's not the same level of infrastructure around the landfill.” And whose fault is that? Obviously, the importers, not the exporters. If we were foolish enough to purchase automobiles from abroad that would not function on our roads, the blame would lie with us, not the sellers of these vehicles.

What are the manifestations of these ailments? There are several. For one thing, members of this industry are trying to get people to purchase more of their wares. How do they engage in this nefarious pursuit? They keep changing styles. Through their advertising, usually implicitly but all too often explicitly, they get across the message that woe betide anyone wearing last years’ (sometimes last month’s) types of clothing.

Last but not least, protectionism raises its ugly head.

According to NewsDay, “Finance minister Patrick Chinamasa of Zimbabwe banned the importation of used clothing, a trade which he said accounted for the collapse of the local textile industry.” Here we arrive at a better explanation for this opposition to free trade in this industry: the desire to obviate competition from foreigners. But this is one of the reasons for poverty in these countries in the first place: unwillingness to take part in the international specialization and division of labor.

Is fast fashion an example of capitalism gone wild? No, despite the present hissy fit.