Where People From Ukraine Are Fleeing To

Where People From Ukraine Are Fleeing To

As of December 27, 2022, around 16.9 million border crossings from Ukraine into neighboring countries had taken place due to the ongoing war.

As Statista's Florian Zandt shows in the chart below, based on data from the United Nations High Commissioner for Refugees (UNHCR), most of the people leaving chose to exit the country via Poland. 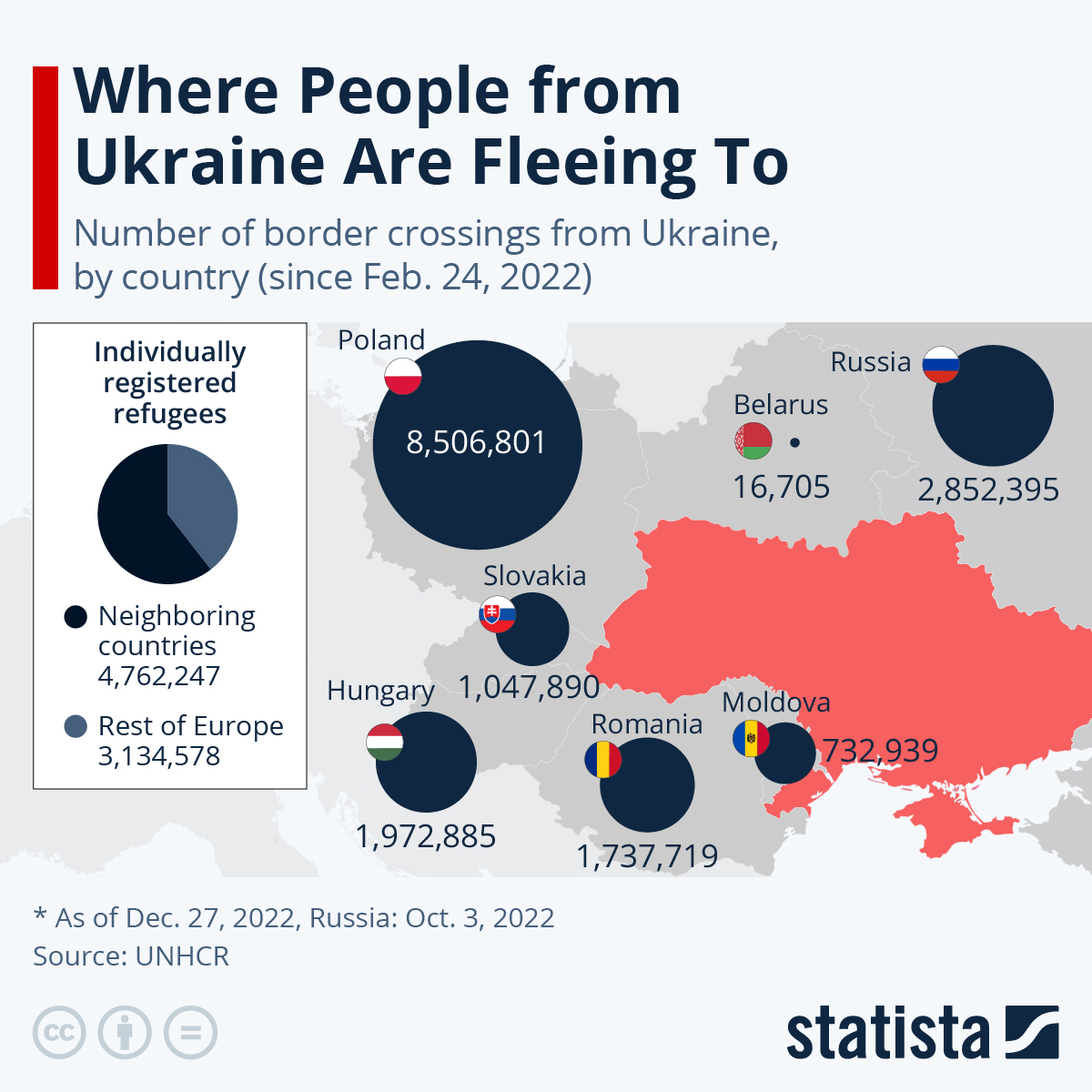 According to official sources, 8.5 million crossings into Ukraine's western neighbor via foot, bus, car or train were recorded, largely caused by the Russia-Ukraine war. Border crossings into Russia have also increased significantly since the first weeks of fighting. According to official information, 2.9 million crossings to Russia from Ukraine took place, more than in Hungary, Romania, and Moldova, which bore the brunt of the refugee wave for a long time. However, the most recent data for border crossings into Russia is from October 3, 2022, so the actual values are likely to be higher now due to the ongoing hostilities in the country.

On December 31, 63 soldiers died in a rocket strike on the town of Makiivka in the contested Donetsk region according to the Russian government. The Ukrainian government claims a death toll of several hundred. Meanwhile, critical infrastructure in the Ukrainian capital Kyiv has been under attack by Russian drones for days, 80 of which have so far been shot down, according to the Ukrainian military. Independent verification of the figures mentioned is not possible at the moment.