These Are Europe’s Sunniest Cities

These Are Europe's Sunniest Cities

More than half of the sunniest cities in Europe are Spanish, according to a report published by Holidu with data from World Weather Online.

As Statista's Anna Fleck shows in the chart below, the best destination for catching daylight rays is Alicante, which receives an average of 349 hours of sunshine per month. 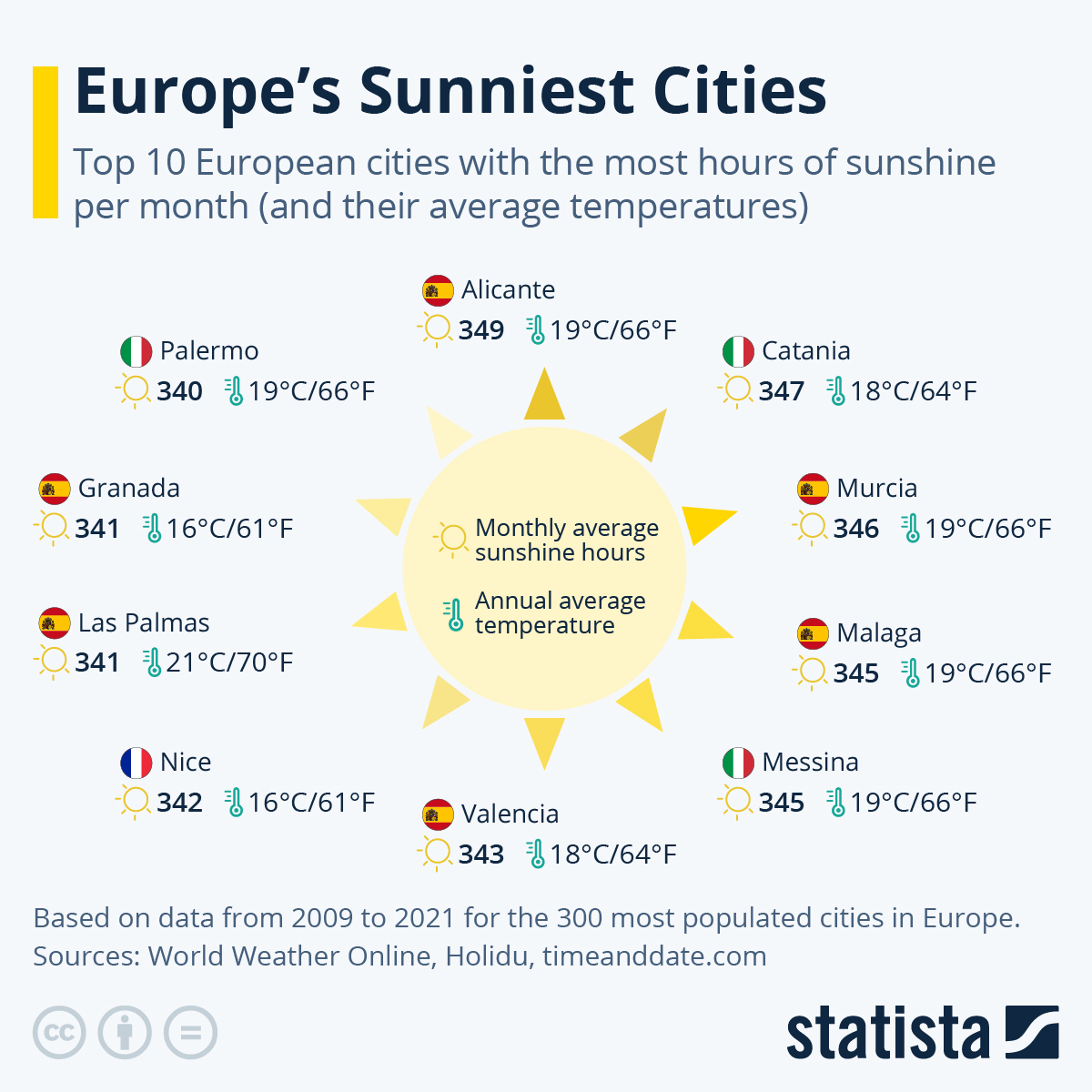 The Italian city of Catania, in Sicily, follows in second place with 347 hours and Spain’s Murcia ranks third with 346 hours.

Sunshine is also pretty much guaranteed in the French city of Nice, on the Mediterranean Sea, as well as the two Italian cities, Messina (345) and Palermo (340).

Other popular tourist locations to make it into the top 10 roundup cities include Malaga, Valencia, Las Palmas and Granada.