Trade/labor union membership has been falling across developed nations over the past couple of decades and the trend in the U.S. is no different.

As Statista's Katharina Buchholz reports, reasons for the decline include periods of economic prosperity that resulted in unions being deemed unnecessary in some instances, technological and organizational changes, globalization, policy reform and the decline of the manufacturing sector.

Given growing economic dissatisfaction, slow growth in wages and increasing levels of inequality, there is a renewed interest in the use of trade unions for strengthening workers' collective voices and bargaining power.

If progress is to be made, however, some countries are going to have a lot of work to do... 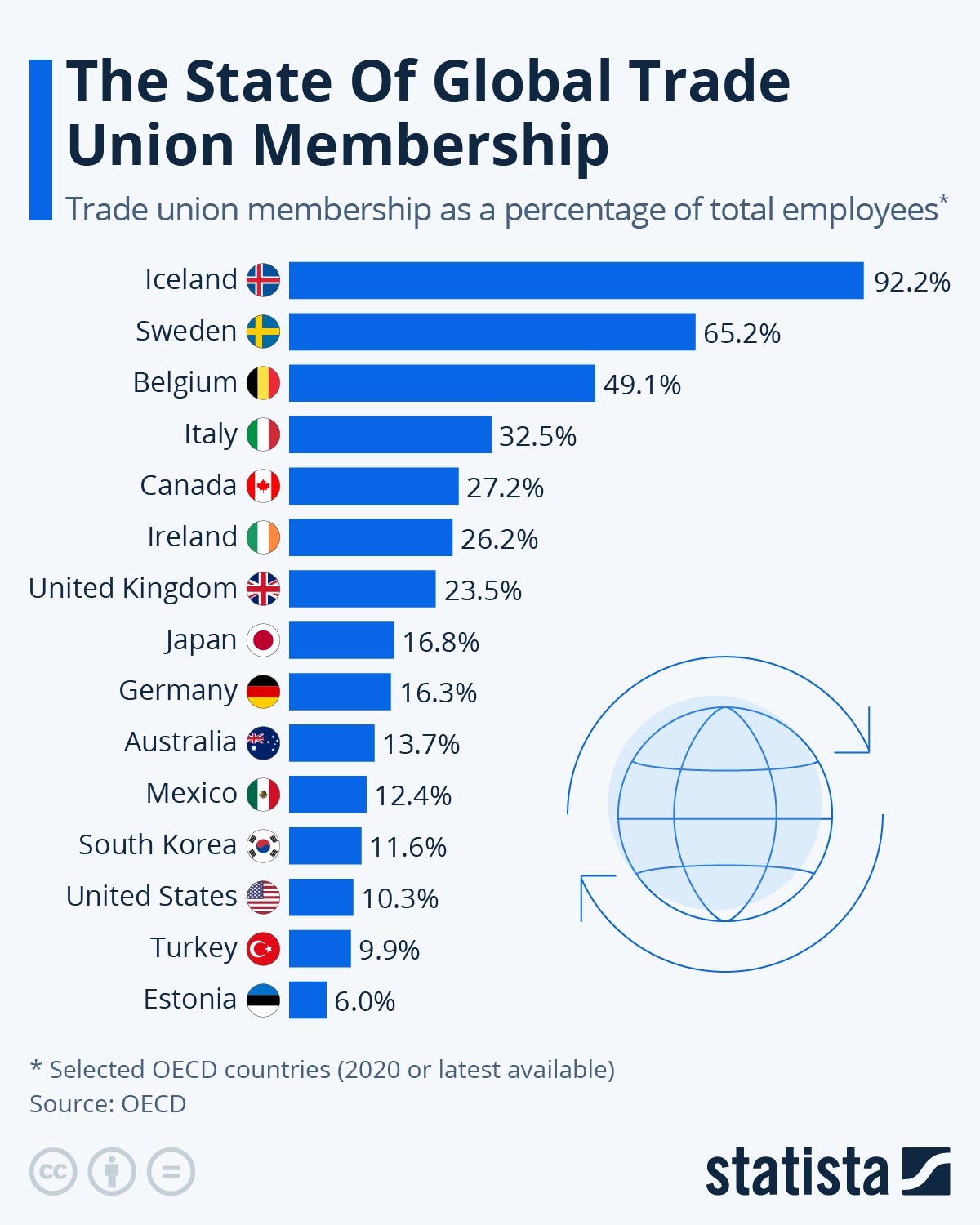 Union density varies considerably between countries and Iceland had the highest rate of membership in 2020 at 92.2 percent (and growing), according to the most recent international comparison by the OECD.

The Icelandic Confederation of Labour alone has more than 100,000 members, accounting for about half of the country's employees.

Scandinavia has a long history of trade unions and Denmark and Sweden have the world's next-highest rates of more than 60 percent membership each.